PAKISTAN WARNS INDIA AGAINST ITS REPEATED THREATS TO CARRY OUT SURGICAL STRIKES ACROSS LOC – INDIA RESORTING TO CEASEFIRE VIOLATIONS TO COVER UP ITS CRIMES AGAINST KASHMIRI PEOPLE
4 Oct, 2017 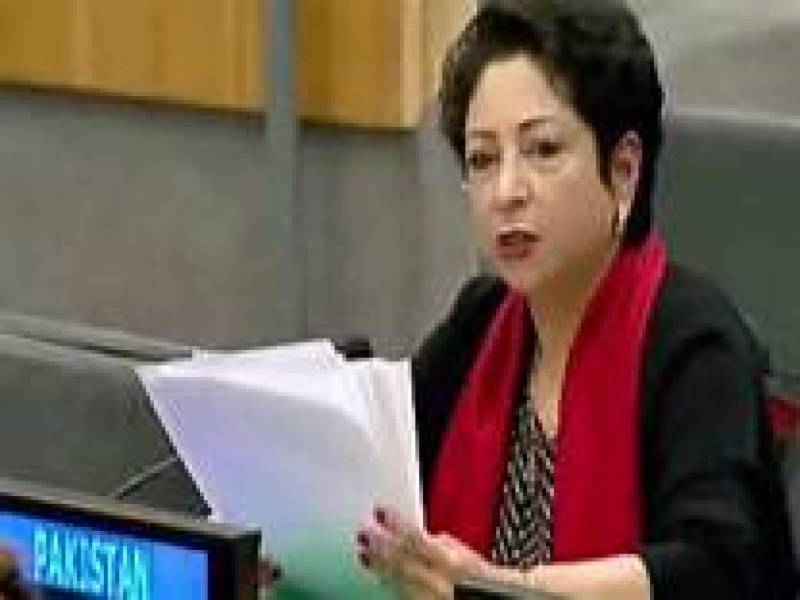 Pakistan has sternly warned India against its repeated threats to carry out surgical strikes across the Line of Control, saying it will effectively respond to any Indian aggression.  Speaking in a debate at UN General Assembly, Pakistan's permanent representative to the United Nations Maleeha Lodhi said any aggression or intervention will meet a matching and effective response from the armed forces and people of Pakistan. She urged the United Nations and the international community to take urgent action to prevail on India to stop its open threats to use force amid the prevailing tensions between the two countries.

Former Prime Minister Nawaz Sharif has been reelected unopposed the president of PML (N). This was announced by party's Chief Election Commissioner Chaudhary Jaffer Iqbal at a meeting of PML (N)'s central general council at the convention center in Islamabad.  Nawaz Sharif has been elected for four years. Addressing the meeting of PML(N)'s Central General Council, newly elected party President Nawaz Sharif appreciated the parliamentarians for passing the law that abolished the amendment introduced by dictator Parvez Musharraf to block his way into politics. Nawaz Sharif said PML (N) is still the largest and the most popular party in the country.