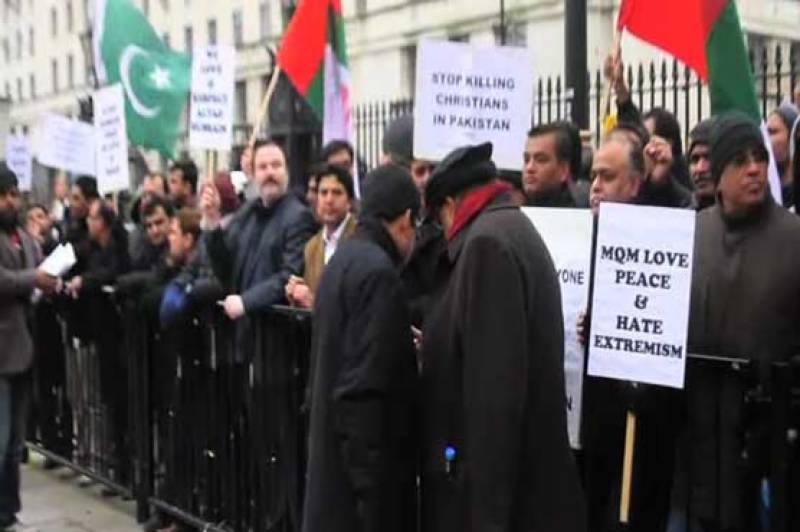 In a statement issued, Sindh Rangers’ spokesperson said that the Rangers carried out an intelligence-based action in Karachi’s Shah Faisal Colony and arrested three suspects “involved in the targeted killing of UC chairman Rashid alias Mamu.”

Rashid alias Mamu was attacked and gunned down on July 30, while he was playing carom board near his home in Shah Faisal Colony.

Subsequently, the Rangers reportedly set up a special team, which managed to arrest the three suspects on basis of ‘evidences.’

During an initial probe, the held suspects revealed that Rashid alias Mamu was gunned down under orders of US-based member of the MQM’s Coordination Committee, Kahkashan Khan. She had allegedly given such orders through Whatsapp.

Pillion-riders were involved in the killing while they were provided backup support by other suspects, the Rangers said.

“After carrying out the murder, the suspects received Rs0.3 million from Kahkashan,” the paramilitary force claims.

One suspect, Asif Raees received Rs150,000 through Hundi while an equal share was received through the CNIC of wife of the suspect’s friend, Chand.

The Rangers also mentioned the CNIC number of Huma Chand and added that the suspect, Asif Raees, Chand and Huma Chand received the said amount from a Western Union branch in Karachi. A receipt was also provided as evidence.

The Rangers official said that the arrested suspects had ‘confessed’ carrying out targeted killings, extortion and hatred-based wall chalking in Karachi. Arms and ammunitions were also seized from their custody.