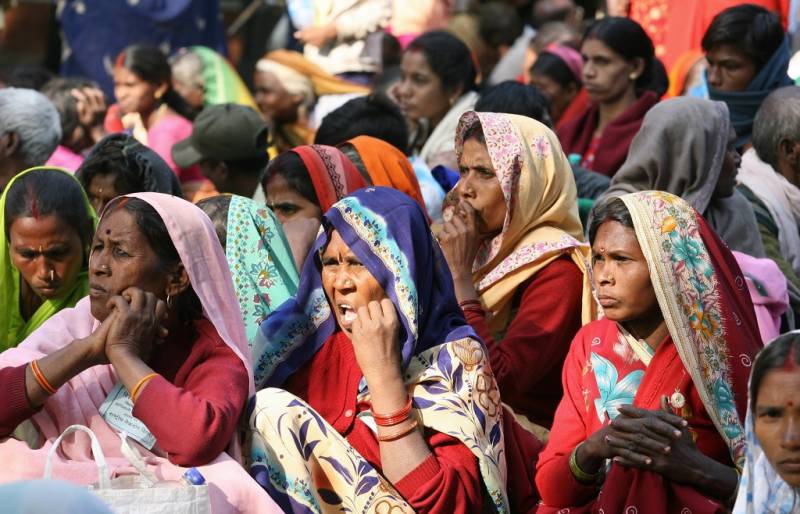 The Hindu population, around 84 percent of the 1.2 billion people that live in the country, is still influenced by the four main traditional castes, which also have their own sub-sects: Brahmins, the priestly and academic class; Kshatriya, the warrior caste; Vaishya, which comprises the business community; and Shudra, the working class.

Outside these four groups are others, including the Dalits, who are at the bottom of the hierarchy.

With Dalits continuing to face prejudice and discrimination within their own communities, some try to find social acceptance by convertingto Buddhism, Christianity, Sikhism or Islam.

"It bothers me whenever I introduce myself. People ask about my surname," says Rakesh, who's a dhobi, the washerman caste.

Rakesh has converted to Islam and changed his name to Ali Kanojia.

"I tell them my name is Rakesh. They ask, 'Rakesh what?' They normally ask you this at a Hindu's house," he says.

But conversion is not simply a way out - prejudices still carry over into other religions. Many converts face resistance and even violence from their families or the communities they were born into and the new chosen faith can pose a different set of challenges - like those faced by Ali Kanojia from his own family.

"It's not easy to convert to Islam," he says. "They [the family] say it's not right. I ask, Why? They say it's because Muslims have a bad reputation."

Abdulrahman Bharti's conversion to Islam almost cost him his life.

"I got shot by Hindu people from the Sawar clan ... . When a person converts, the new religion welcomes them, but people from the old religion try to stop them. If they can't, they'll try to kill them. This happened to me," says Bharti who was shot in the chest and leg.

After independence in 1947, the Indian government introduced positive discrimination in favour of low caste groups, but not everyone enjoys the same benefits.

The Reservation Act covers a wide range of eventualities, but for Dalits the disadvantages of conversion may arguably outweigh the advantages, especially when it comes to jobs.

"The protection includes Sikhs and Jains, and Buddhists, but it doesn't include Christians and Muslims, so what happens is that they get excluded from those - the quotas for SCs [Scheduled Castes]," says Meenakshi Ganguly, South Asia director for Human Rights Watch.

Kanojia, for instance, has not been able to get a government job.

Set primarily in Mumbai and in the Madhya Pradesh countryside, this film provides an insight into conversion to other religions - the social reformer and principal architect of the Indian constitution, BR Ambedkar, was born a Dalit and converted to Buddhism and many followed in his footsteps - and the processes for finalising conversions.

We hear the personal stories of different Dalit Muslims and the campaign of one man, descended from Muslim converts, to end garbage picking and discrimination against Dalits in Madhya Pradesh.

This is part of a broader struggle where castes, clans and religions determine the course of millions of lives.