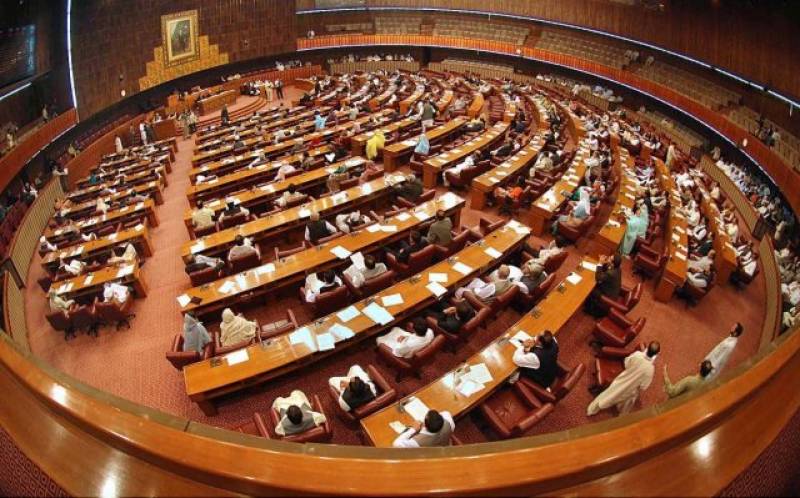 ISLAMABAD: Speaker National Assembly Sardar Ayaz Sadiq on Wednesday said that omission of a provision regarding finality of the Prophethood from Election Bill 2017 was a ‘clerical mistake’.

The issue came on the spotlight after opposition’s protest. The opposition lawmakers highlighted that the government has deleted a paragraph of oath regarding Prophethood of Muhammad (Peace Be Upon Him) from nomination papers of election commission after the approval of Election Reforms Bill 2017.

The protest prompted the government to give justifications.

Yesterday, Minister for Law Zahid Hamid claimed in the National Assembly that the provision has not been omitted from the Election Bill 2017 that is recently passed by Senate and become a law.

He said the government cannot even think of deleting this provision.

“Only the oath taking form for the candidate has been made simple, but the provision regarding Khatm-e-Nabuwat has not been changed at all,” he said.

Other ruling party leaders had also claimed the same.

However, a U-turn was witnessed in government’s stance today as the Speaker admitted the omission, but called it a ‘clerical mistake’.