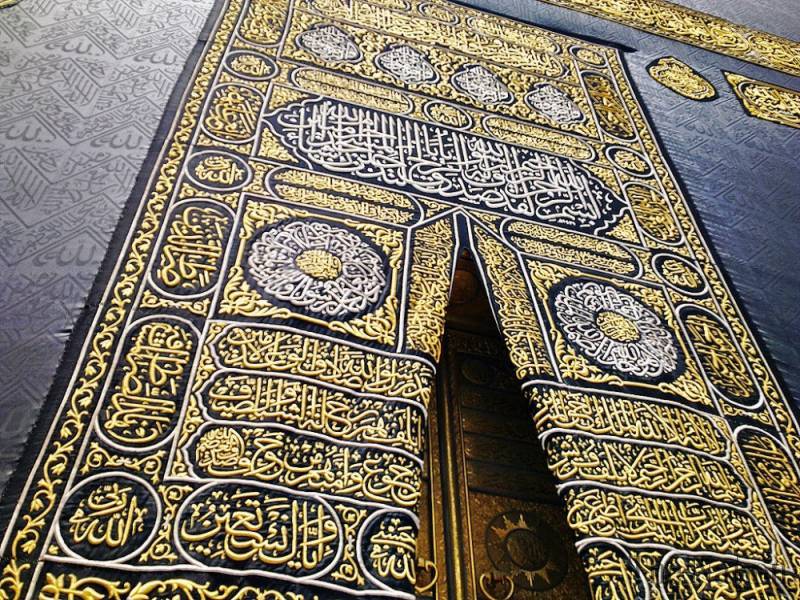 ISLAMABAD: Embassy of Kingdom,  Saudi Arabia held a spectacular exhibition of Door of Khanna Kaaba and Ghilaaf-e-Kaaba here on Wednesday at a Business mall.

The Saudi King has given special permission for sending the recently changed Door and Ghilaaf-e-Kaaba to Pakistan.

Before opening it to the general public, the exhibition was formally inaugurated by Secretary-General Motamar Al-Alam Al-Aslami senator Raja Zafarul Haq and acting ambassador of the Saudi Arabia Habibullah Al-Bukhari.

The acting ambassador also handed over a key of Khana Kabba to the Raja Zafarul Haq as a mark of respect and love towards the people of Pakistan.

Raja Zafarul Haq in his brief remarks on the occasion thanked the Saudi King for his goodwill gesture to the people of Pakistan.

This is a great honour and blessings for them to have their glimpses. He hoped that such exhibitions will promote friendly ties between the two countries at the people-to-people level.

The acting ambassador said, that the landmark exhibition at the Centaurus Mall will provide the visitors an opportunity to witness sacred Door and Ghilaaf-e-Kaaba.

The display features ‘Ghilaf-e-Kaaba’ and more than twenty oldest Qura’anic manuscripts every produced from various countries including Turkey, Afghanistan, China, Kashmir, and Iran.