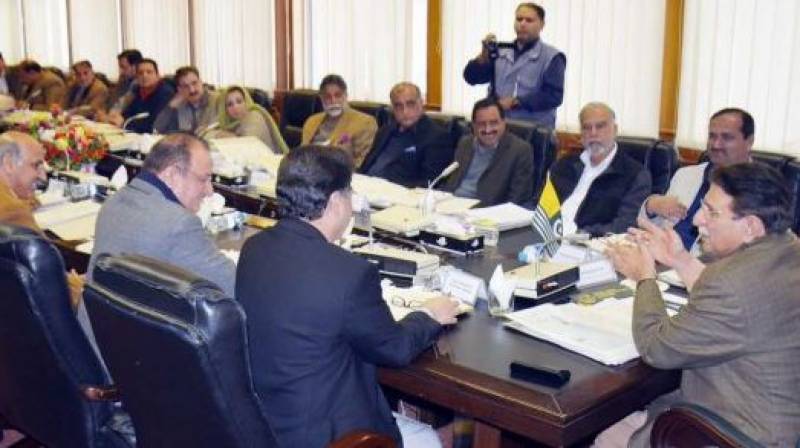 Minister for Information Mushtaq Minhas presented the resolutions in cabinet session which were passed unanimously.

The Cabinet congratulated Mian Muhammad Nawaz Sharif on being re-elected party president unopposed. Mian Nawaz Sharif became the favorite leader among the masses because of his struggle for democracy, supremacy of law and the constitution.

The meeting also paid tribute to Chief of Army Staff (COAS) General Qamar Javed Bajwa for organizing a remarkable event on defense day, which showed their support for Kashmir. Heirs of Kashmiri martyrs felt proud when the COAS mentioned Kashmiri martyrs along with martyrs who were awarded "Nishan e Haider."