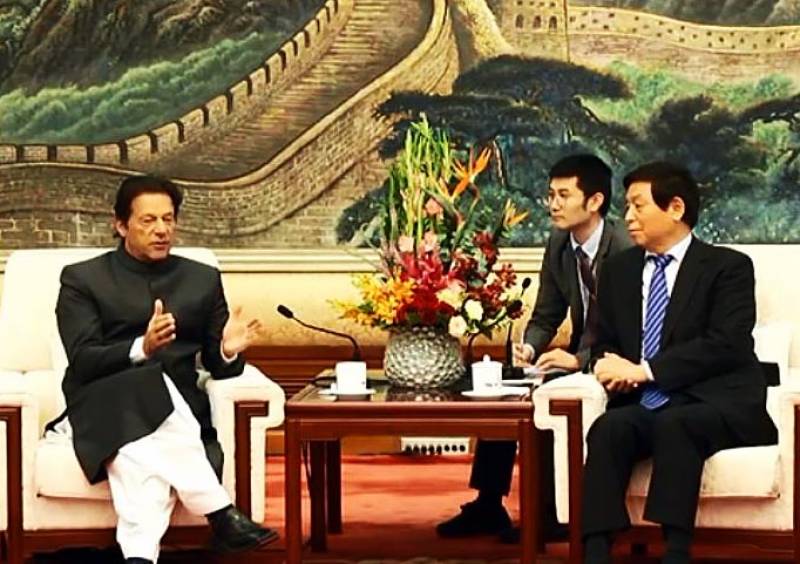 Chairman of National People's Congress Li Zhanshu held a meeting with Prime Minister Imran Khan in Beijing on Saturday during which both the leaders agreed to carry forward the momentum of bilateral visits and enhance parliamentary linkages.

They noted that parliamentary exchanges between the two sides will play a crucial role in further cementing their bilateral ties.

They also underscored the commitment to enhance cooperation in political, cultural, educational and people to people ties.

In his remarks, the Prime Minister appreciated the crucial role of the CPEC in Pakistan's economic growth and prosperity. He highlighted the goverment's focus on socio economic development and livelihood projects. He expressed the hope that development of special economic zones and industrial cooperation would bring new opportunties for the peoples of the two countries.

Li Zhanshu reaffirmed China's commitment to relations with Pakistan. He said China will continue to stand with Pakistan at all times.

He was talking to Chinese Vice President Wang Qishan in Beijing on Saturday.

The two leaders agreed to continue furthering cooperation on issues of regional and global significance.