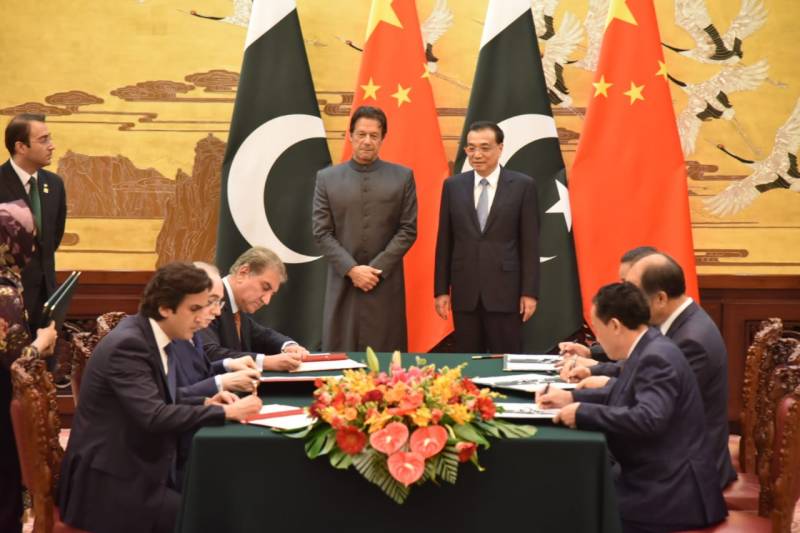 Pakistan and China have signed fifteen agreements and MoUs for cooperation in diverse fields.

One document was relating to strategic level talks between the foreign ministers of two countries.

Agreements relating to poverty alleviation in Pakistan and strengthening of cooperation in agriculture, industrial sectors and technical training were also signed by the two sides.

The two countries signed an MoU for cooperation in forestry, earth sciences and transfer of electronics.