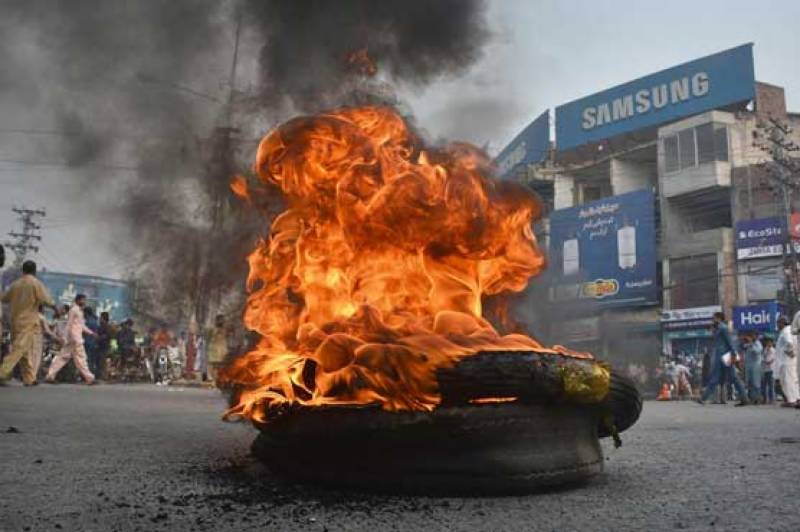 ISLAMABAD – The interior ministry has taken action against the protesters.

Interior Minister has established a complaint cell in the wake of country-wide protests against the Supreme Court decision that overturned the death sentence of Asia Bibi, a Christian woman who was accused of blasphemy.

The ministry asked citizens to share videos and pictures of the miscreants involved in vandalising property and harming people on the number 03315480011, promising to protect the identity of the informers.

State Minsiter for Interior Shehryar Afridi said investigations were underway into the incidents of hooliganism on motorway. He vowed to bring culprits to justice.

He said a crackdown against miscreants involved in damaging public and private properties and vehicles during the country-wide protests had been ordered.