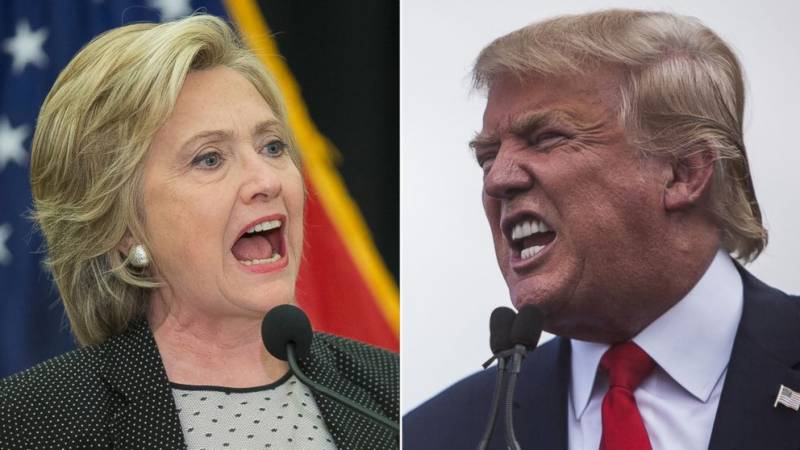 WASHINGTON (APP/AFP): Hillary Clinton saturated the airwaves and deployed star surrogates to battleground states Thursday, looking to snuff-out an eleventh-hour insurgency that has put Donald Trump at the gates of the White House.

As a slew of polls showed the race tightening, President Barack Obama shuttled into Florida for multiple rallies aimed at firing up the Democratic base and turning out the vote for Clinton in a must-win state.

After months of vitriolic and turbulent campaigning, political tribalism appears to be returning to the fore in the deeply divided nation ahead of Election Day on November 8.

"This will be a close race and you cannot take it for granted," Obama warned supporters in Jacksonville, painting an apocalyptic vision of what Trump would mean for American democracy.

The Democrats' last stand will come in Philadelphia on the eve of the election -- a joint rally binding the Clintons and Obamas, America's two most powerful political dynasties.

Clinton will be joined by her husband Bill Clinton, President Obama and 2016's most potent campaigner, First Lady Michelle Obama.

For sure the state of Pennsylvania is a firewall for the Clinton campaign, a Trump win there would be a giant step toward becoming the 45th president.

But a rally in Philadelphia -- the City of Brotherly Love -- sends an unmistakable message: Trump is not just a bad presidential candidate but a threat to the Republic.

It was a mistake and I regret it says Hillary Clinton

It was here that the United States constitution came into being in 1787.