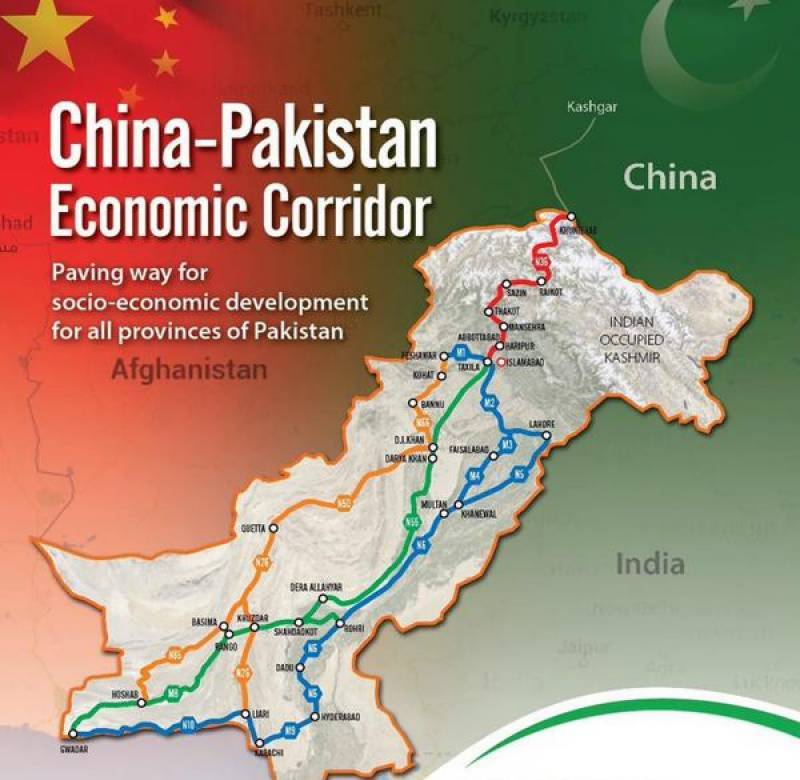 ISLAMABAD: (APP) The spokesman of Ministry of Planning and Development and Reforms said Friday that work on the western corridor of China-Pakistan Economic Corridor (CPEC) is progressing in full swing and reaffirmed that the route would be completed by 2018.

The 650 km long Gwadar-Quetta section of the western route has already been completed which according to the given time line was to be delivered in December 2016, this shows the work pace is not only smooth rather we are moving on fast track and ahead of time.

CPEC and Indian spying activities in Pakistan in diplomatic cover

He made these remarks while clarifying a news item appeared in a section of press regarding CPEC and maintained that the points raised by honourable members in a meeting of Senate Committee on CPEC are inappropriate based on lack of information.

In a statement issued here, the spokesman stated that completion of the western route would bring a new era of development and prosperity for the people living in the underdeveloped areas.

He said construction work on the 285 km DI Khan-Hakla road has also been commenced.

The spokesman said, CPEC is a multi-sectoral cooperation between Pakistan and our all weather friend China.

All decisions regarding CPEC projects and its execution are made with mutual consultation keeping in view the interests and well-being of the people of Pakistan.

Therefore, the apprehensions expressed by the honourable members of the Senate committee on CPEC are baseless and unfair, he added.