British Government in trouble after court ruling on Brexit
4 Nov, 2016 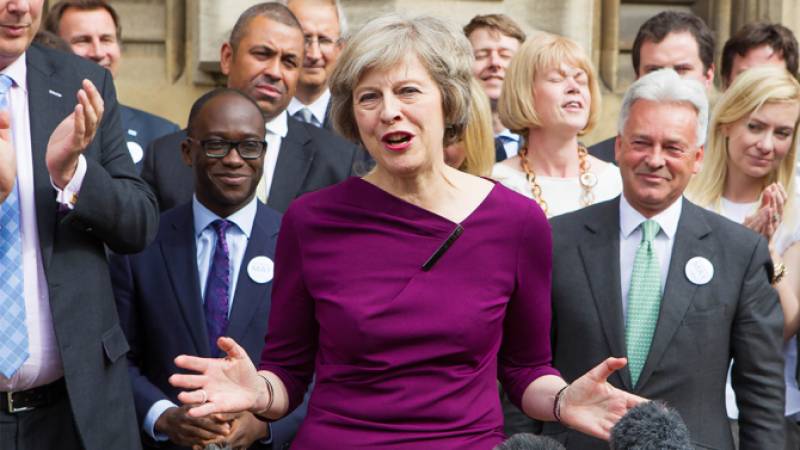 LONDON (APP) - The British government has vowed to appeal a High Court ruling that it must seek parliament's approval before starting EU exit talks, in a landmark judgement that could delay Brexit.

Three senior judges ruled on Thursday that Prime Minister Theresa May's government does not have the power on its own to trigger Article 50 of the European Union's Lisbon Treaty, the formal notification of Britain's intention to leave the bloc.

May has promised to begin the process by the end of March but the court's decision raises the prospect of a protracted parliamentary debate before then, in a chamber that overwhelmingly opposed Brexit and may seek to soften the break with the EU.

The pound -- which has tumbled to multi-year lows since June's referendum to leave the EU -- soared against the dollar and euro, standing at $1.2474 in Asian trade on Friday.

EU leaders have been pressing for a swift divorce, and May has arranged a phone call with European Commission chief Jean-Claude Juncker on Friday, a commission spokesman said.

Brexit: British economy to damage if out of Europe

The case challenged the government's right to use "historic prerogative powers" -- a type of executive privilege -- to trigger Article 50, which begins a two-year countdown to exiting the EU.

"We hold that the secretary of state does not have power under the crown's prerogative to give notice pursuant to Article 50... for the United Kingdom to withdraw from the European Union," the judgement said.

May's office said it was "disappointed" at the decision and would appeal, with the case now expected to be heard in the Supreme Court in early December.

"The country voted to leave the European Union in a referendum approved by act of parliament. And the government is determined to respect the result of the referendum," it said in a statement.

Britain decides about fate of EU citizens in UK after Brexit

A spokeswoman added: "Our plans remain to invoke Article 50 by the end of March."

Brexit minister David Davis said the government would fight the ruling, insisting that result of the referendum must be respected.

Robert Pigney, one of the claimants in the case, told AFP that the ruling was "an immense victory for the British people".

"It's very important that our elected representatives in parliament remain in control of our future," he said.

Britain decides about fate of EU citizens in UK after Brexit

Nigel Farage, the interim leader of the UK Independence Party who led the Brexit campaign, warned there would be public outrage if parliament went against the referendum result.

"I worry that a betrayal may be near at hand," he said.

"I now fear that every attempt will be made to block or delay the triggering of Article 50. If this is so, they have no idea of the level of public anger they will provoke."

"It's literally pitting parliament against the will of the British people," he told Sky News.

Trevor Tayleur of The University of Law added it was "hard to think of a judgement that has had such a dramatic impact on government policy concerning such a crucial constitutional and political issue."