US Secretary of State yet again interferes in internal affairs of Pakistan
4 May, 2022 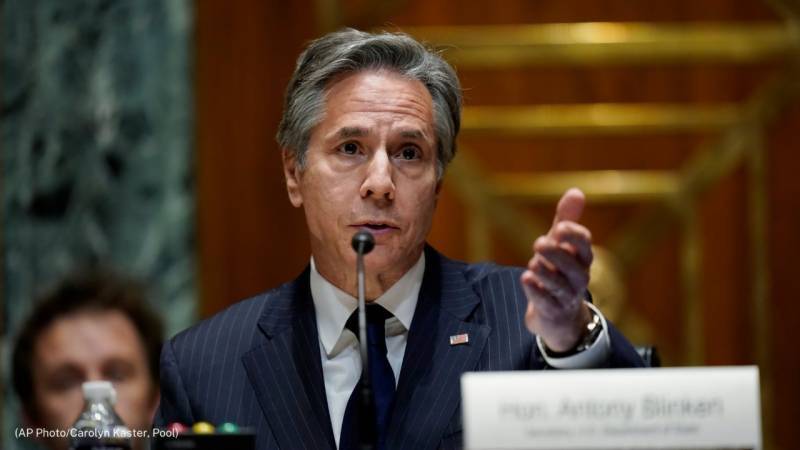 ISLAMABAD – US Secretary of State Antony Blinken also reacted to curbs against freedom of speech in Pakistan as Reporters Without Borders puts the fifth-most populous country at 157th position out of 180 countries.

The Democratic leader made the remarks on Tuesday while responding to a journalist during a presser on the World Press Freedom Day. He said that media curbs undermine Pakistan’s image as well as its ability to progress.

Blinken, who is a close aide of President Biden, added that Washington is aware of such curbs on media organisations and civil society in the South Asian country.

US official mentioned taking this matter in engagements with Pakistani officials when asked about State Department’s role in efforts against attacks on journalists in Pakistan. He further maintained that such practices weaken peaceful assembly.

Blinken responded that Washington regularly takes this up in our engagements with Pakistani counterparts, saying this is a feature of the annual Human Rights Reports that we put out.

US official responded to a question a day after Reporters Without Borders said freedom of expression witnessed a notable decline in Pakistan. The country has fallen 12 points on the press freedom score in one year and now ranks even below war-torn Afghanistan.

On the other hand, newly elected Prime Minister Shehbaz Sharif said the PML-N government was fully committed to ensuring freedom of press and speech.

Lamenting strict policies during the Imran Khan regime, the premier said the PTI government placed our democracy in a bad light. He also mentioned that steps against freedom of speech only earned the PTI Chief the shameful title of 'press freedom predator'.