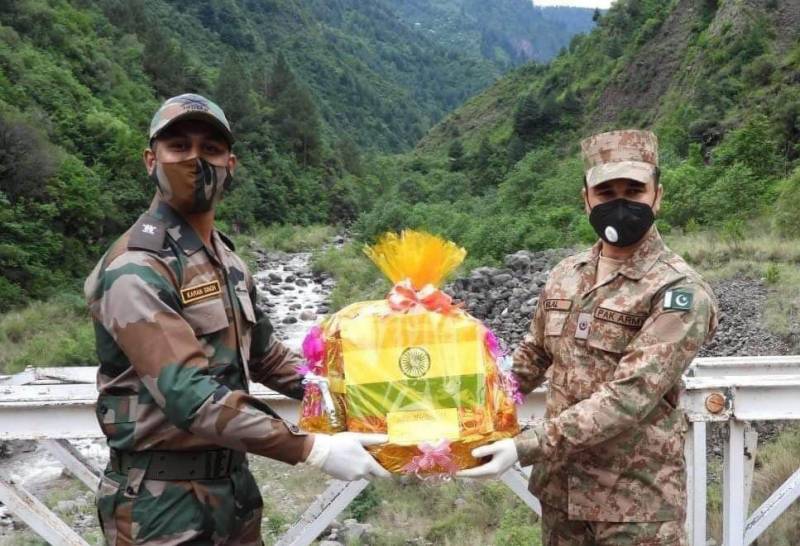 LAHORE – Pakistan Rangers and the Indian border security force exchanged customary greetings and sweets on the occasion of Eidul-Fitr.

Reports in local media said forces of nuclear-armed arch-rivals observed routine feature at the Wagah border and at other international border areas as well as the Working boundary.

The forces of neighboring countries exchanged gifts and expressed good wishes for each other on the occasion. Pakistan Rangers also sent sweets on the behalf of Director-General to the BSF DG and gave five packets to other officers.

Earlier, Pakistan Rangers stopped the exchange after the Modi-led administration abrogated Article 370 in Indian occupied Kashmir in 2019 however it was started again in 2021 on the occasion of Eid-ul-Adha in July.

The customary Eid greetings, a confidence-building measure and an attempt to establish peace, are undertaken by both forces during annual festivals like Eid, and Diwali Republic Day, Independence Day.