US Military hints at use of Nuclear Arsenal in major conflict despite spread of coronavirus
4 May, 2020 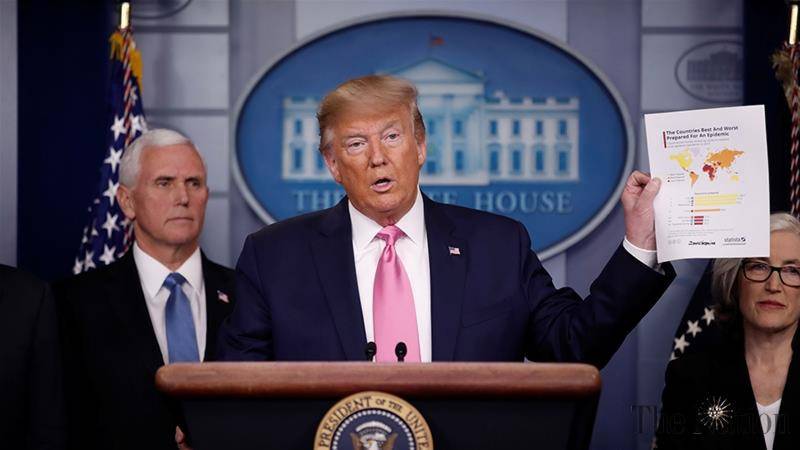 ISLAMABAD - The COVID-19 outbreak has not spared the American military affecting two of its aircraft carriers, several foreign bases, and at least 6,754 servicemen.

The American military remains combat-ready and prepared to utilise its nuclear arsenal if the US ends up in a major armed conflict even despite the challenges posed by the coronavirus outbreak US Air Force Global Strike Commander Tim Ray has said in a statement.

"Rest assured, we have taken the necessary steps to make sure our bomber and ICBM forces are ready to go and can reach any target on the planet at any time. We are fully mission ready and COVID-19 will not change that. Our forces continue to maintain an extremely high level of readiness and responsiveness", Tim Ray said.

The Air Force statement clarifies that it began developing procedures to operate during the pandemic and keep its personnel healthy while the coronavirus was still confined within China's borders in January. The developed containment plans allowed the USAF to limit the spread of the virus allowing both its aircraft and missile force crews to remain operational.

To achieve that the Air Force had to adopt certain measures ensuring "certain degrees of isolation" to keep the teams separate while preserving the operability of its intercontinental missiles and nuclear-capable bombers.

However, despite all efforts to contain the disease, some 6,754 servicemen have been infected across the American military, according to 29 April data from the Department of Defence. The outbreak has affected several US foreign bases and two deployed aircraft carriers. The military has not always been able to detect the source of the COVID-19 infection with its origin on board of the USS Theodore Roosevelt still reportedly a mystery. - APP