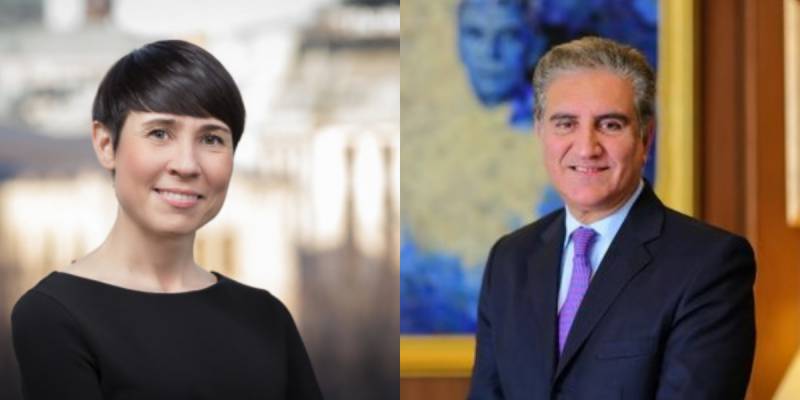 Pakistan and Norway on Thursday exchanged views on enhancing cooperation in diverse sectors such as trade, investment and clean energy.

According to the details, Foreign Minister of Pakistan Shah Mahmood Qureshi expressed satisfaction over the Norwegian investment in the country.

During his telephonic conversation with Norwegian counterpart Ine Eriksen Søreide, the Foreign Minister appreciated the growing business relations between Pakistan and Norway.

The Foreign Minister of Norway appreciated the role of Government of Pakistan in facilitating the signing of solar power project between Scatec and Nizam Energy. She also lauded the constructive role of Norwegians of Pakistani origin in the economic development of Norway.

On Afghanistan, Foreign Minister Qureshi underscored that there was no military solution to the conflict.

He briefed his Norwegian counterpart on Pakistan’s positive contribution to the Afghan peace process and expressed the hope that the Afghan leaders would seize this historic opportunity to secure an inclusive, broad-based and comprehensive political settlement.

For many years, Norway only had an honorary consulate general in Pakistan, located in Karachi. However, in 1976 an embassy was established in Islamabad, headed by an acting ambassador (chargé d’affaires).