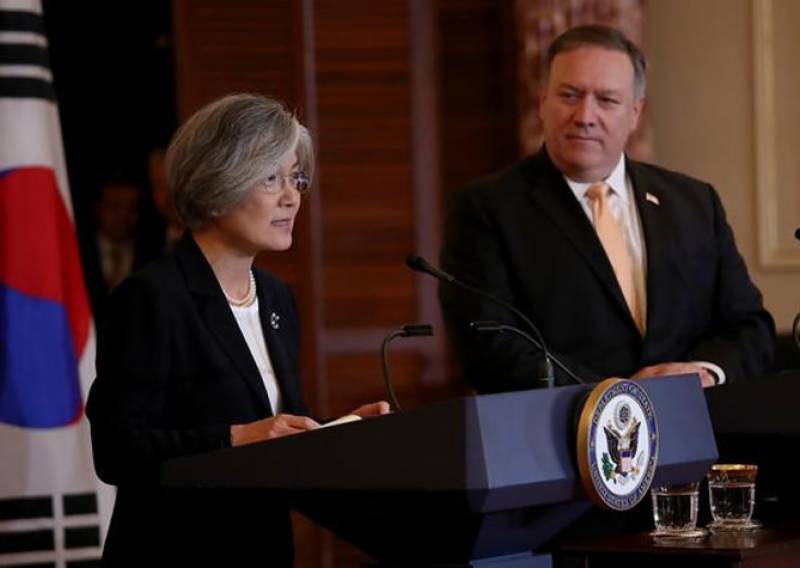 South Korean Foreign Minister Kang Kyung-wha talked over the phone with U.S. Secretary of State Mike Pompeo for about 15 minutes in the morning, according to Seoul's foreign ministry.

Kang and Pompeo exchanged opinions over the recent progress in the DPRK-U.S. summit, including the visit by Kim Yong Chol, vice chairman of the ruling Workers' Party of Korea Central Committee of the DPRK, to Washington to meet U.S. President Donald Trump.

After meeting with the ranking DPRK official, Trump said Friday that he will meet top DPRK leader Kim Jong Un on June 12 in Singapore as originally scheduled.

The DPRK official, who held a two-day meeting with Pompeo in New York before heading to Washington, delivered the DPRK leader's personal letter to the U.S. president.

The foreign ministers of Seoul and Washington made an in-depth discussion on how to prepare for the DPRK-U.S. summit successfully, agreeing to seek ways through close consultations to achieve a complete denuclearization and a lasting peace settlement on the Korean Peninsula. Xinhua