Nigerian Military is all praise for Pakistan Armed Forces for support in war on terrorism
4 Jul, 2021 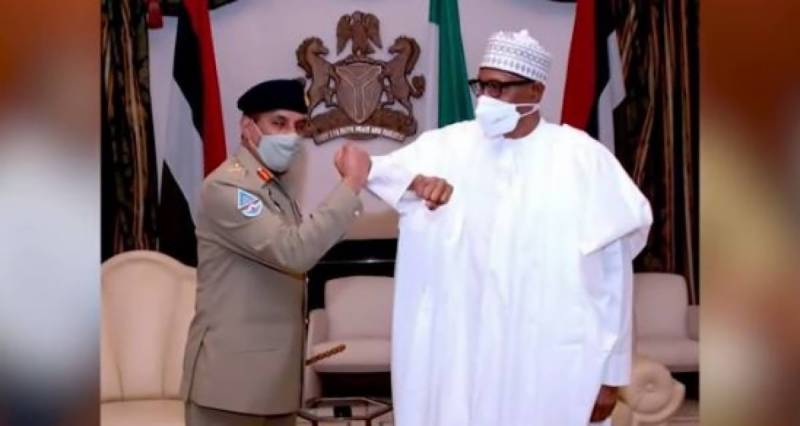 Matters of bilateral military cooperation including security, counter-terrorism and prevailing regional environment were discussed during the meetings.

President conveyed his feelings of high esteem for Pakistan Armed Forces. He specially thanked Pakistan and its Armed Forces for their consistent support to Nigeria in its war against terrorism.

Chairman JCSC also reiterated that Pakistan is keen to expand its existing bilateral military to military cooperation with Nigeria.

They also mentioned that the JF-17 aircraft, with its unique fighting capabilities, would prove to be a potent platform in addressing the security requirements of Nigeria.

Earlier upon arrival Nigerian Defence Headquarters, Chairman JCSC was presented Guard of Honour by a smartly turned out contingent of Nigerian Armed Forces.