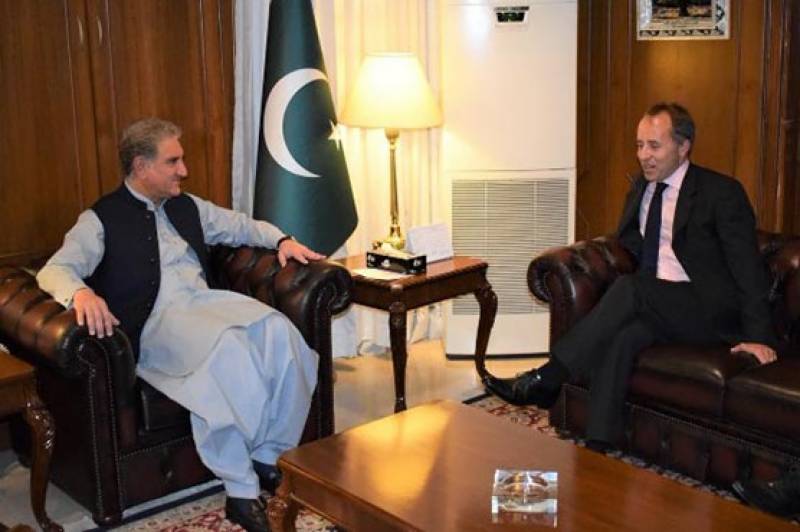 In a meeting with High Commissioner Drew at the Foreign Office, Qureshi expressed serious concern over the misuse of cricket stadium for the sake of pursuing propaganda against Pakistan.

During the match played between Pakistan and Afghanistan at Headingley Carnegie stadium on July 29, a private aircraft was seen flying over towing controversial banners against Pakistan.

Qureshi welcomed the announcement by Kensington Palace about the visit of Prince William and his wife the Duchess of Cambridge Kate to Pakistan this autumn and said people of Pakistan looked forward to the royal visit.