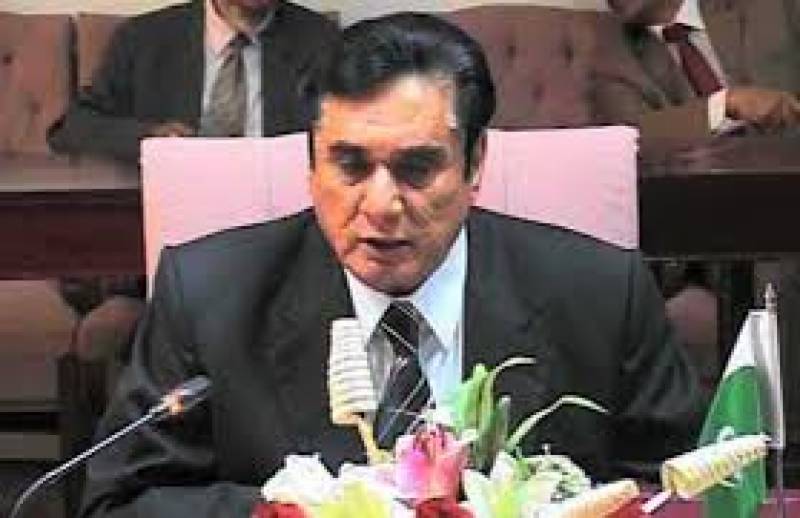 ISLAMABAD - A meeting of Executive Board of National Accountability Bureau was held in Islamabad today with Chairman NAB retired justice Javed Iqbal in the chair.

The meeting reviewed cases against former Foreign Minister Khawaja Asif, former Minister of State Rana Afzal, former provincial minister Rana Mashood and former MNA Rai Mansab and deferred these till 25th of July in order to give them a chance to contest the elections.

The Board approved to file a corruption reference against former Director General Punjab Land Development Authority Ahad Cheema, Chief Executive Officer of Bismillah Engineering Shahid Shafeeq Alam Faridi and others for damaging the national exchequer to the tune of 660 million rupees.

The Board accorded approval to a corruption reference against former IG Sindh Ghulam Haider Jamali and others for causing loss of over one hundred and sixty two million rupees to the national coffers.

Executive Board meeting also approved inquiry against officials of Health Department Khyber Pakhtunkhawa on causing loss of ninety million rupees to the national exchequer by committing corruption and giving contracts to favorite persons.

An inquiry against the officials of billion tree tsunami project was also given approval on causing damage to the national treasury to the tune of 19 billion rupees.