US-India relations not to affect strategic ties with Pakistan: US Senators
4 Jul, 2016 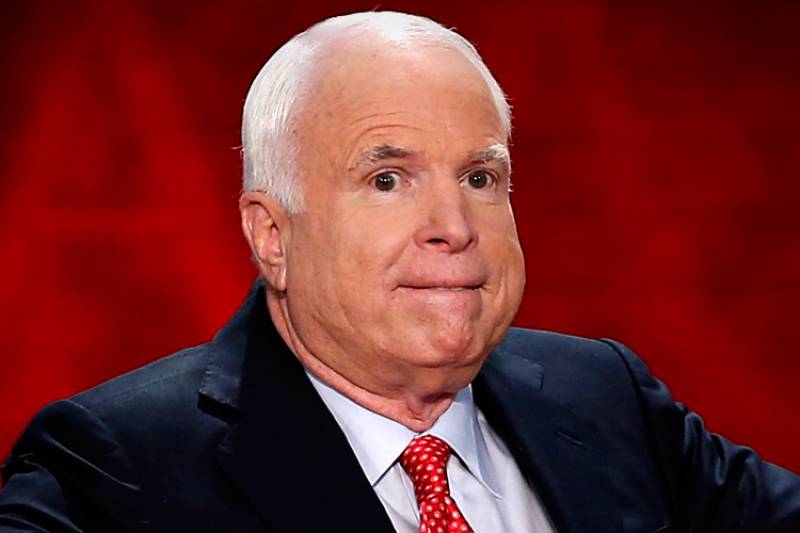 ISLAMABAD (APP): Advisor to the Prime Minister on Foreign Affairs Sartaj Aziz Sunday stressed upon the United States the need to maintain strategic balance in South Asia amid US-India ties.

He was talking to a four-member bipartisan US Senate delegation led by Senator John McCain, Chairman Senate Armed Services Committee that called on him.

The Adviser recounted Pakistan's earnest efforts, particularly during the past few months, to keep the Pakistan-US partnership on track as the relationship remained important for ensuring peace and stability in the region.

He underscored the significance of the understanding of the leadership on both sides to make this partnership multidimensional and broader in canvas to cover all issues of mutual interest. With reference to recent developments concerning the India-US relations, the Adviser emphasized the need to maintain strategic balance in South Asia.

He highlighted the important accomplishments under the Pakistan-US Strategic Dialogue and its six specialized Working Groups.

Sartaj Aziz also briefed the US Congress delegation about recent meetings with the Afghan side in Islamabad and on the sidelines of the SCO Summit in Tashkent, on the vital issues of Pakistan-Afghanistan border management, Afghan refugees and the peace and reconciliation process, said a press release of the Foreign Office.

He said Pakistan remained committed to the Quadrilateral Coordination Group (QCG) process in Afghanistan, which provided a broad, mutually agreed mechanism aimed at facilitating the government and people of Afghanistan to take the lead in restoring peace, stability and economic prosperity in their country.

No country had as much vital stakes in the success of these joint efforts, as Pakistan, the Adviser remarked.

Welcoming the US Senators, the Adviser reiterated the importance of regular high level contacts and added that parliamentary exchanges were particularly useful to understand each other's perspective on issues of mutual interest and concerns.

He also appreciated Senator McCain for his positive comments regarding the importance of Pakistan-US relations at a time when the region was facing complex challenges.

senator McCain and his colleagues deeply appreciated the enormous success achieved by Pakistan in its counter-terrorism campaign which they said was so impressively visible during their trip to North Waziristan on Sunday.

The delegation commended the transparent process of FATA stabilization carried out by the Pakistan government.

They wished that other members of the US Congress were also present with them to witness the outcome of the successful military operations in the North Waziristan, themselves.

The US Congress would be briefed appropriately for continued support to Pakistan in its efforts towards economic development and complete eradication of terrorism from the country, they added.

The US delegation reiterated the importance the US government and Congress attached to the stability and continued progress of Pakistan.

In view of the growing challenges confronting the world, the Senators recognized the need for greater contact between Pakistan and the US and to work together to address the regional and global challenges.

They stressed that the Pakistan-US relations have maintained their strategic dimension over the decades and that the relationship would retain its vigor in the years ahead.

The US Senators highlighted the significance of improved relations between India and Pakistan.

They said that strengthening of the India-US bilateral ties did not in any way impinge upon or diminish the importance of US relations with Pakistan.