Pakistan seek German support in IT and Telecom sectors
4 Feb, 2021 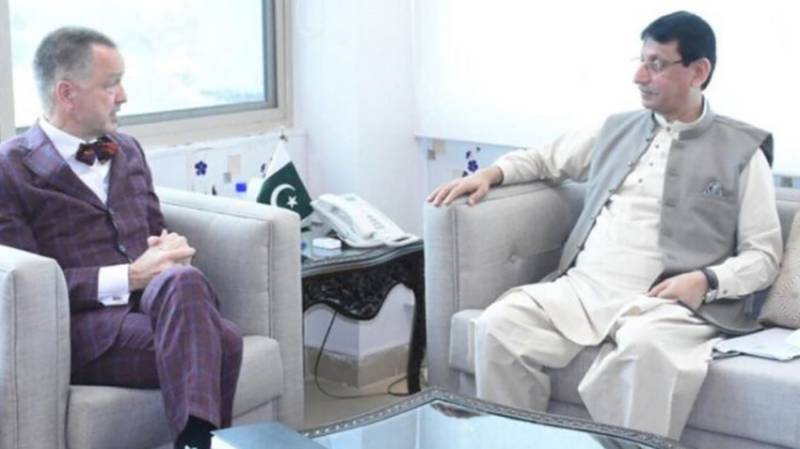 Minister for Information Technology and Telecommunication, Syed Aminul Haque has urged the IT and Telecom companies of Germany to invest in Pakistan as environment for investment in the country is conducive.

Talking to German Ambassador to Pakistan, Bernhard Schlagheck in Islamabad, he said that Pakistan greatly values its relations with Germany and wants to enhance cooperation between the two countries in the field of IT and Telecom.

The Minister informed the German ambassador that exports remittances of Information and Communication Technology have surged to 958 million dollars at growth rate of 40 % during the period of July to December in the current fiscal year as compared to the same period of last financial year.

During the meeting, matters of mutual interests related to digitalization were discussed.

The two sides agreed to enhance cooperation in Information Technology and Telecommunication sectors.

On the occasion, the Ambassador of Germany appreciated the role of Minister of IT and Telecom regarding digitalization and for the development of IT and telecom sector of Pakistan.