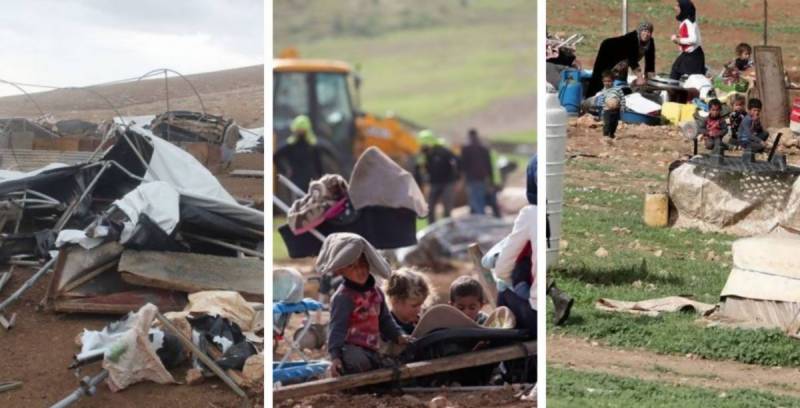 TEL AVIV – The Israel army has razed Bedouin village, homes of some 74 Palestinian, in the occupied West Bank’s Jordan Valley for the second time in three months.

Israeli forces claimed that Homsa al-Baqia, the village of Khirbet Humsu had been constructed illegally on a military firing range.

At least 74 people, over half of them minor, were left homeless following recent demolitions, Israeli rights group B'Tselem said. Inhabitants have vowed to stay in the demolished location, with some mattresses and plastic tarps strewn on the rocky soil.

Earlier in November, tented homes and animal shelters in the village were razed.

One of the residents Ibrahim Abu Awad said "we will not leave our place, we will stay here. If they destroy, we will rebuild."

Around 440,000 Israeli settlers live among more than 3 million Palestinians in the West Bank, territory captured by Israel in a 1967 war, and which Palestinians want as part of a future state.

On the other hand, the Israeli army explained that there is risk involved in staying within the firing range, so they offered them space outside of it.