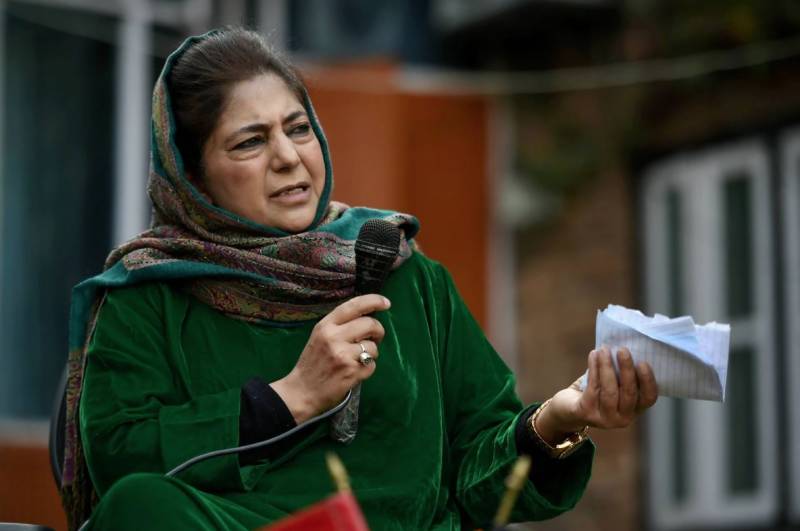 SRINAGAR – Former Jammu and Kashmir chief minister and President of Peoples Democratic Party Mehbooba Mufti on Wednesday said that Kashmir has been under the worst form of siege since August 2019.

Taking it to Twitter, Mufti wrote "Concertina wires & trenches around farmer protests have shocked everyone but the sight is far too familiar for us Kashmiris. Kashmir has been under the worst form of siege since August 2019. The scale of suppression here is unimaginable.

In another tweet of the series, she wrote the scale of suppression in Indian Occupied Jammu and Kashmir is unimaginable where the maze of wires and trenches are combined with draconian laws, illegal detentions, and massive troop deployment.

Mufti also expressed solidarity to agitating farmers. Kashmiri people stand with farmers and the Indian government must not be allowed to thwart laws against democracy, she added.