Sehat Insaaf Cards: A landmark initiative by PM Khan in the history of Pakistan
4 Feb, 2019 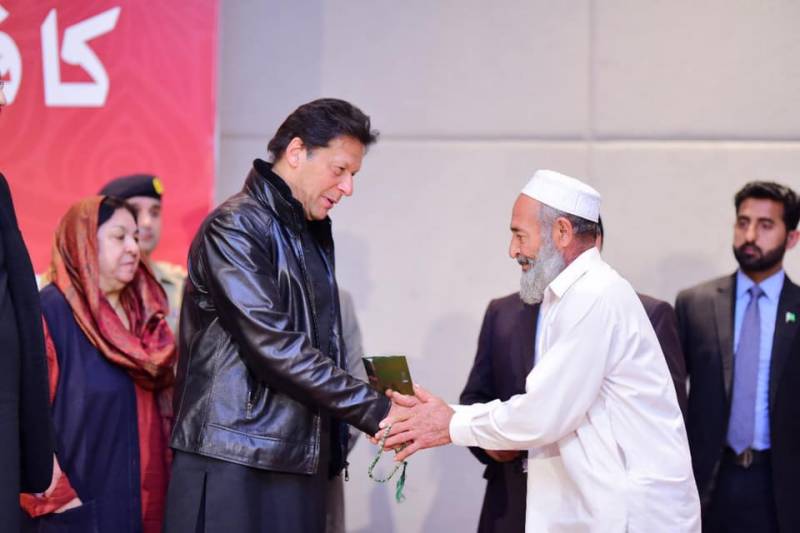 ISLAMABAD - Universal health coverage is the most significant initiative of World Health Organization. It is fundamental right of a citizen to get health services irrespective of his social and financial status.

The incumbent government has taken a land mark initiative to facilitate the poor population of the country. Issuance of health card is a great initiative of the government to provide free medical assistance to poor patients who cannot afford expensive treatments.

The limit of health card is up to Rs.700, 000, which covers expensive treatments including open heart surgery and cancer. The citizens registered under BISP are qualified for health card.

Issuance of Health Card is a revolutionary step taken by the incumbent government. The remarkable initiatives taken by PTI led government indicates that the government realizes the pain and sufferings of poor men.

The poor citizens will be able to pursue their treatments without worrying about the expensive cost of the treatment. Health card is a great blessing for those who cannot afford expensive treatments.

The incumbent government has taken concrete steps to improve the medical system in the country. Government hospitals are being upgraded to facilitate citizens and provide medical assistance without any hurdle.

President Trump once again has reaffirmed his stance to withdraw forces from Afghanistan. Pakistan has played a significant role to resolve Afghan dispute. Pakistan’s sincere efforts are recognized and acknowledged by the United States, Afghan government and other regional powers.

Pakistan is committed to endorse every initiative taken for regional peace. It is a positive development that Afghan government and Taliban have shown some flexibility for the success of peace talks.

Pakistan is committed to support the people of Kashmir in their just right of self determination.

The people of Kahsmir are fighting for their freedom. Islamabad is determined to raise Kashmir issue and expose Indian atrocities and brutalities at every international forum. Pakistan Army has rendered matchless sacrifices to eradicate the menace of terrorism from the country.

The Indian army is habitual of targeting innocent civilians at LoC and working border. Pakistan Army is capable enough to give befitted response to any misadventure. It is diplomatic victory of Pakistan that the United States has acknowledged Pakistan’s stance regarding Afghan dispute.