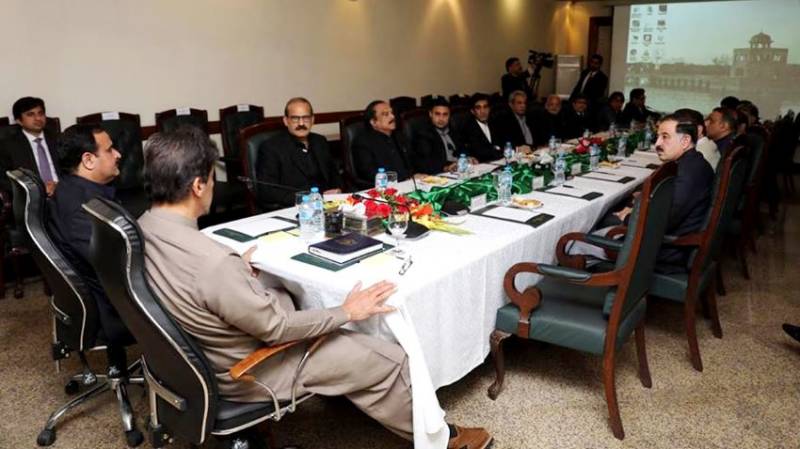 Matters pertaining to governance in Punjab and police reforms were discussed during various meetings chaired by Prime Minister Imran Khan in Lahore on Sunday.

While briefing newsmen regarding the meetings in Lahore this evening, he said people will soon witness changes in Punjab regarding improvement of governance in the province. He said issue of Police Reforms was also discussed in today's meeting.

He said that during meeting, Prime Minister showed solidarity with the victims of Sahiwal tragedy. He said that justice will be provided to the victims' family.

Regarding media strategy, Fawad Chaudhry said PTI's social media will be revived and the government will fully support working journalists in getting their issues resolved with their respective media houses.

He said the Prime Minister has advised him to hold meetings with owners of media Houses to sort out things in an amicable way.

To a question, the Minister said PML-Q has no reservations with the government and both the PTI and the PML-Q will move forward in the best interest of the country.

Answering a question, Chaudhry Fawad Hussain said that any decision regarding Nawaz Sharif's health will be taken by doctors independently.

Earlier, chairing a meeting of Task Force for Governance Prime Minister said there is a dire need to make reforms in the administrative setup for ensuring public welfare .

The meeting discussed ways to improve government's efficiency and working capacity in various sectors including agriculture, industries, power and infrastructure.

Prime Minister approved the future strategy for ensuring good governanance in Punjab and offered every possible cooperation and assistance from Federal Government in this regard.

Later, Prime Minster also chaired a meeting regarding housing sector, during which he was briefed about the first phase of Naya Pakistan Housing Scheme.

During the meetings, views were exchanged on matters of mutual interest.

Imran Khan also held one on one meeting with Governor Punjab Muhammad Sarwar.