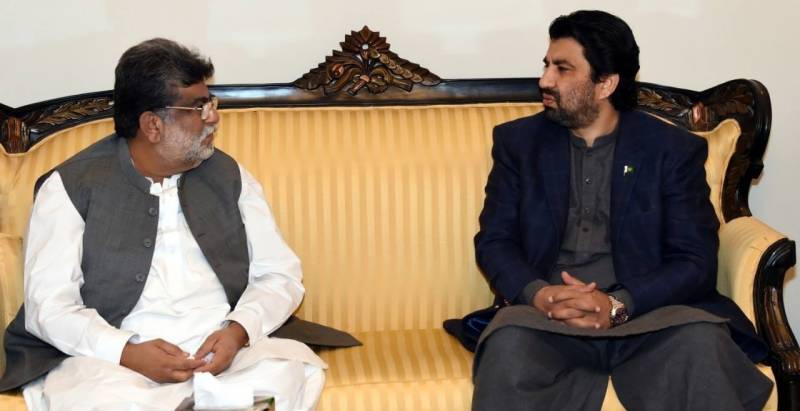 Deputy Speaker National Assembly Qasim Khan Suri has said that there is a need of national coherence and mutual consensus to resolve the prevailing economic crises faced by the country.

He said this during a meeting with President Pakistan Tahreek-Insaf Balochistan Sardar Yar Muhammad Rind who called on him in Islamabad today.

Both the leaders expressed their resolve to work together for the development of Balochistan which was remained a neglect story in previous regimes.

The Deputy Speaker admired the role of Yar Muhammad Rind for making Pakistan Tahreek-e-Insaf an effective and integrated party in Balochistan.

He said that Prime Minister Imran Khan wants to see Balochistan standing equal among other provinces of the country by eliminating poverty, unemployment and illiteracy.

Qasim Khan Suri said people of Baluchistan have a lot of expectations from the incumbent government and for that Prime Minister Imran Khan is paying special attention to address the issues of the province.

Sardar Yar Muhammad Rind on the occasion said Balochistan has a huge potential and under the vision of Prime Minister Imran Khan, a new era of prosperity is to begin in the province that would protect the rights of the people.

Earlier,he condoled with the Deputy Speaker over the death of his mother and prayed for the departed soul.