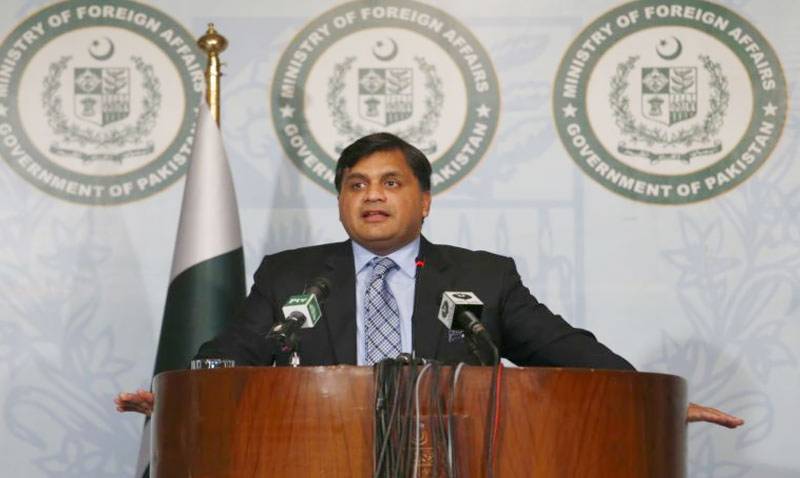 Foreign Office says India needs to accept its failure in suppressing the struggle of Kashmiri people for their right to self-determination.

In a tweet on Sunday, spokesperson Dr Mohammad Faisal said after the telephone call of Foreign Minister Shah Mehmood Qureshi to Chairman APHC Syed Ali Gilani earlier, the reality of sham Indian claim on the Occupied Kashmir is exposed yet again today.

He said that the Indian Held Kashmir has been converted into an army jail where Hurriyat leaders have been imprisoned.

He said that shops in the valley were closed, mobile and internet services suspended today.

Meanwhile, speaking in a private television programme, Dr Mohammad Faisal said Pakistan is facilitating an Afghan-owned and Afghan-led peace and reconciliation process in the neighbouring country.

He categorically stated that Pakistan has only one interest and that is to facilitate all efforts for enduring peace in Afghanistan.

He said Afghan people are in good position to decide about their future and they should find a solution to the issue.