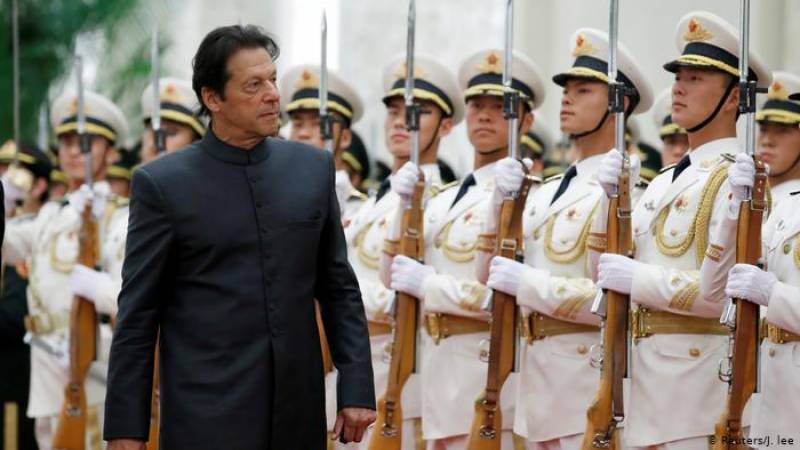 ISLAMABAD - Pakistan's sovereign bonds have never been a highly valued commodity, but global investors pumped $642.5 million into local currency bonds in November. The question is, how long will it last?

Pakistan's local debt market has rarely been a place even the least risk-averse investors have chosen to venture. But the Asian country's sovereign bonds are seeing unprecedented inflows of foreign money, with global investors buying up 1-year bonds worth $642 million (€580 million) in November alone. This is expected to reach a record $3 billion by the end of the fiscal year. [image: Supporters of the Jamiat Ulema-e-Islam (JUI-F) party take part in an anti-government march towards Islamabad, on October 31, 2019] link

Foreign direct investment surged 200% in the first half of 2019, according to the financial adviser to the prime minister, Abdul Hafeez Shaikh, while stocks have also risen. The main Karachi stock index is up 13% over the past month, making it the best-performing stock exchange of 94 tracked by Bloomberg.

The central bank doubled the main benchmark interest rate to 13.25% this year, which is now the highest in Asia, as part of efforts to rein in inflation and show its willingness to reform public finances as a precursor to IMF support. [image: Pakistani Prime Minister Imran Khan] link

But the rupee is down almost 50% against the dollar this year and is one of the world's worst-performing currencies. This followed the central bank introducing more flexibility to the existing managed-float system. The lower real effective exchange rate, however, means foreigners can earn far higher returns on local currency bonds. And therein perhaps lies the rub.

"A double-digit yield on a cheap currency is a good value trade in itself," Charles Robertson from Renaissance Capital told DW. "I would recommend investors keep buying Pakistan while it offers double-digit interest rates," he added.

Even central bank rate cuts of a few percent would still make Pakistan interesting, Roberston went on. "The current policy choices of Pakistan offer the country the best chance of getting onto a sustainable growth path. Borrowing costs are lower thanks to foreign investors buying government debt."

Of 1-year papers bought in November, 55% were from the UK and 44% from the US, central bank data showed.

Pakistan also said recently it will issue $1 billion worth of so-called "panda bonds" in the first quarter of 2020 in the Chinese market for the first time in yuan, Habib Bank CEO Muhammad Aurangzeb said. A Panda bond is a Chinese renminbi-denominated bond from a non-Chinese issuer, sold in China.