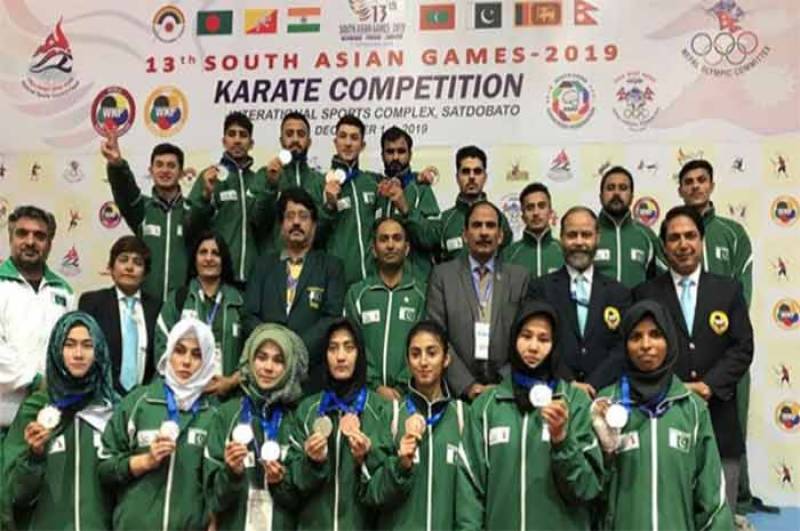 NEPAL - Pakistani athletes shine at South Asian Games as they bag six gold medals in different categories of the tournament.

According to details, Pakistan athletes have bagged six gold, eleven silver and fifteen bronze medals in the ongoing tournament held in Pokhara and Kathmandu.

In taekwondo, Shahzeb bagged a gold medal in the men’s 54 kg category, while Sidra Batool and Muhammad Faheem bagged silver medals in the same category.

After defeating Sri Lanka in the semifinals of tennis, Pakistan men’s team has reached the finals.