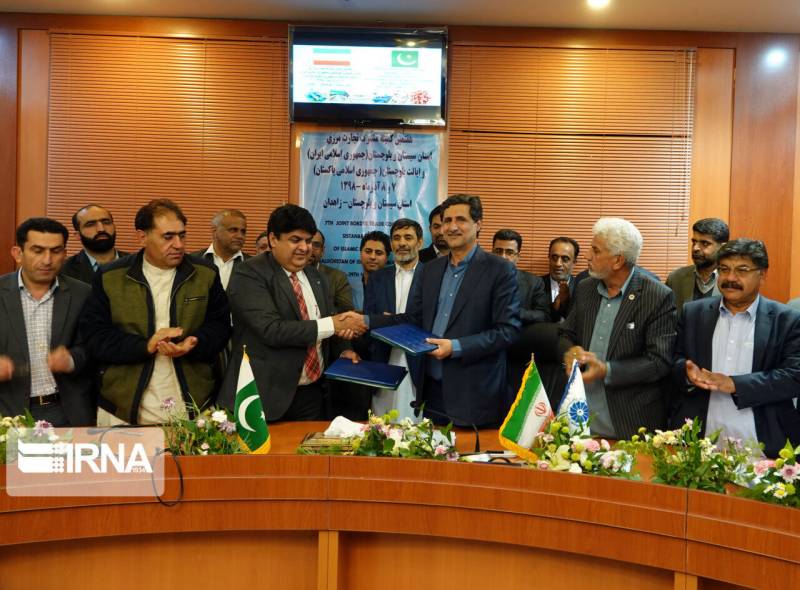 TEHRAN – Head of Cooperatives, Labor and Social Welfare Organization in Sistan and Baluchestan Province Nader Mirashkar said on Saturday that the seventh Joint Border Trade Committee (JBTC) between Iran and Pakistan was signed in 22 clauses to further accelerate economic cooperation between the two countries.

"Negotiations with the Pakistani delegation were held in Zahedan for two days in a friendly atmosphere, " Nader Mirashkar told IRNA on Saturday. He said that Sistan and Baluchestan in Iran and Balochistan province in Pakistan have a special role in the economic and trade exchanges between the two countries.

In this case, issues such as the study of electronic systems and inter-system exchanges, transportation and the development of rail and land infrastructure were discussed , said the Head of Cooperatives, Labor and Social Welfare Organization in Sistan and Baluchestan Province. He added that allocation of preferential tariffs for 60 Iranian and 60 Pakistani goods were also examined in the meeting between the two sides.

The seventh meeting of the Joint Border Trade Committee (JBTC) between Pakistan and Iran commenced at the Iranian city of Zahedan on Thursday.

According to official sources, the annual JBTC meeting will discuss issues, requirements, opportunities and related affairs to ease trade between the two neighboring countries.