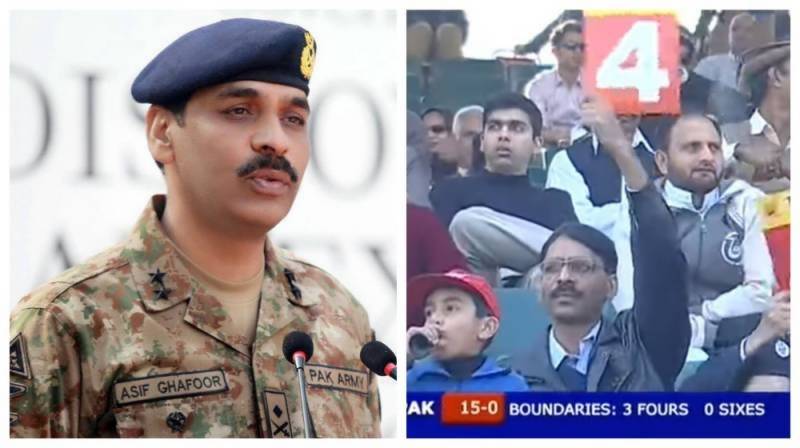 ISLAMABAD - You might have seen images of DG ISPR, Asif Ghafoor’s lookalike by now. Well, there’s a twist in the tale.

DG ISPR has admitted that it wasn’t a lookalike whose picture was circulating on social media.

He revealed this in response to a tweet where he was tagged, asking him whether it was him or someone else.

The social media was full of screenshots of his *lookalike *in recent days, however, it has now been confirmed that it wasn’t a doppelganger.

Asif Ghafoor further said that he was a Major back in 2005 when he went to watch the cricket match between Pakistan and England at Rawalpindi Cricket Stadium.

Heartiest welcome @peaceforchange sir. Thank you for acknowledging. Cricket is in our blood.