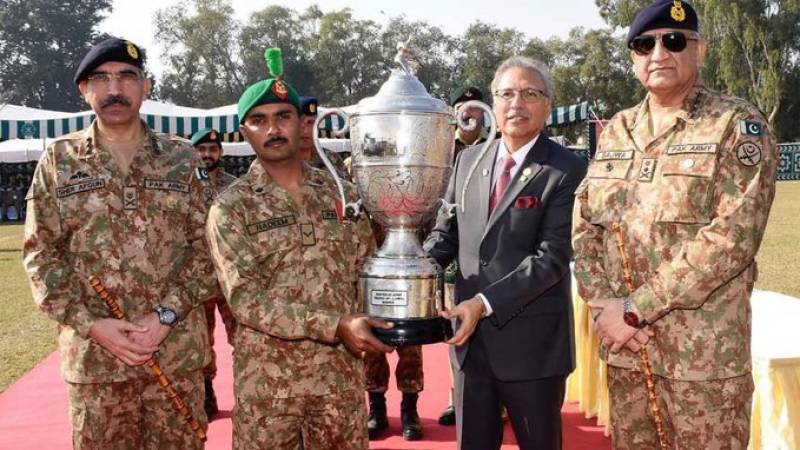 ISLAMABAD - President Dr. Arif Alvi says best way to pay homage to our martyrs is through our contributions to the national strength in pursuit of national objectives.

He was speaking at the closing ceremony of 39th Pakistan Army Rifle Association Central Meet at army marksmanship firing ranges near Jhelum on Wednesday.

Appreciating the shooters on their excellent standard of marksmanship, the President said shooting is one of the basic soldiering skills and mastery in this art is a proud achievement.

On arrival, the President was received by Chief of Army Staff General Qamar Javed Bajwa.

War wounded officers and soldiers who had overcome various levels of combat disabilities also participated in the event.