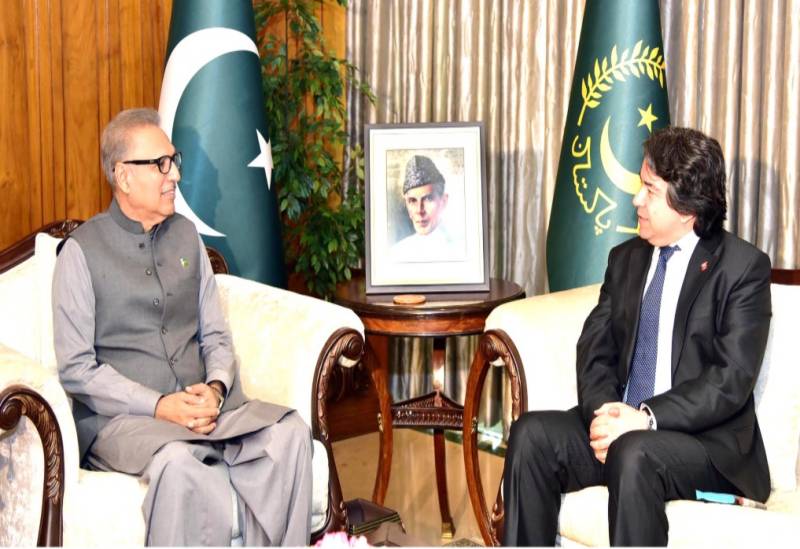 He was talking to Turkish Ambassador to Islamabad Ihsan Mustafa Yurdakul who called on him on Monday.

The President said Turkish companies have invested immensely in energy and infrastructure projects in Pakistan.

He further said both countries are intertwined in deep and historical bonds, which are not only brotherly but mutually beneficial as well.

He said both the countries have strong defense ties as well.

The President and the Ambassador hoped that mutual relations will further deepen and broaden with the possibility of further high level contacts in near future.