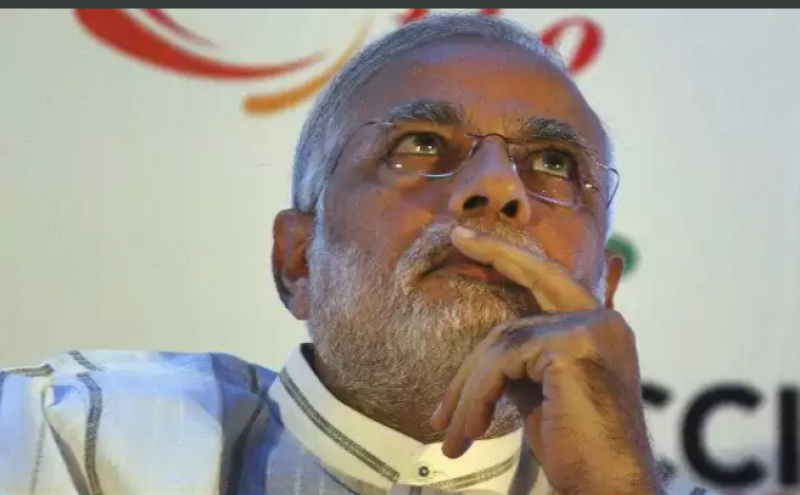 NEW DELHI – Indian Prime Minister Narendra Modi invoked the Kartarpur corridor debate on Tuesday to slam the Congress party saying, the party was responsible for letting Kartarpur go to Pakistan at the time of partition.

“In 1947 when Partition took place, the Congress party was in such hurry to take charge of the country that it did not keep in mind the sentiments of the Sikh community and thus made the huge mistake of letting Kartarpur Sahib Gurdwara go to Pakistan,” Modi said in Hanumangarh during an election rally.

The Indian premier said that it seemed to be his destiny to fix the ‘errors’ that the Congress had committed in its 70 year rule adding that we should ask the Congress, why they had let Kartarpur go to Pakistan.

The BJP leader expressed that the holy work of Kartarpur corridor has also come to him.

“Had the Congress paid a little bit of attention, Kartarpur Gurdwara, which is just 3 kilometres away, would have been in India. We should also ask the Congress why they had not got the corridor built in the last 70 years,” Modi added in his remarks.

Modi also claimed that Kartarpur corridor was an achievement of the ruling Bharatiya Janta Party adding that work was being done now because people had voted the BJP government into power.

Pakistan offered to develop the Kartarpur corridor after the minister of Local Government, Tourism, Cultural Affairs, and Museums of the Indian state of Punjab, Navjot Singh Sidhu visited Pakistan and attended the swearing in ceremony of Imran Khan.