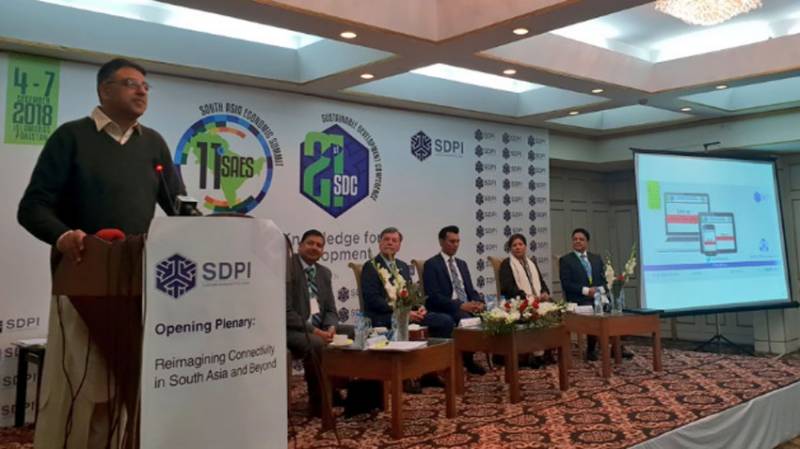 Finance Minister Asad Umer has emphatically stated that the government has successfully overcome the economic crisis with the help of friendly countries.

Inaugurating the 11th South Asia Economic Summit organized by Sustainable Development Policy Institute in Islamabad on Tuesday, he said the financing gap for the current fiscal year has been plugged and the fruits of government's vibrant economic policies will soon be visible.

Asad Umer said spreading rumours about the national economy would not do any service to the country.

The Finance Minister said all the fundamental economic indicators are now improving with exports witnessing an upward trend while the imports are decreasing. He said the current account deficit is also being overcome gradually.

The Finance Minister said there will be no compromise on the independence of State Bank of Pakistan rather it will further be institutionalized.