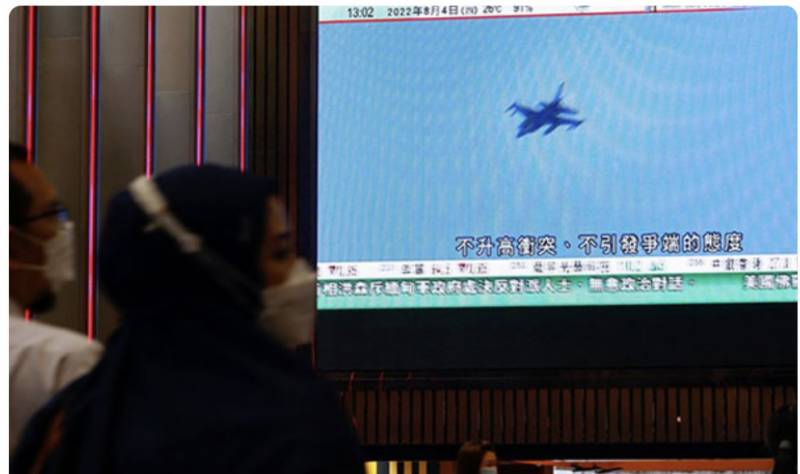 *China fired multiple missiles near Taiwan on Thursday in its biggest ever military drills in the Taiwan Strait, a day after U.S. House of Representatives Speaker Nancy Pelosi visited the self-ruled island.*

The exercises began at midday and included live-firing waters to the north, south and east of Taiwan, which Beijing claims as its own. They brought volatility in the area to its worst in a quarter century.

China’s military said at around 3:30 p.m. (0730 GMT) it had completed multiple firings of conventional missiles in waters off east Taiwan as part of planned exercises in six different zones set to run until noon on Sunday.

Taiwan’s defence ministry said 11 Chinese Dongfeng ballistic missiles had been fired in waters around the island. The last time that happened was in 1996. read more link