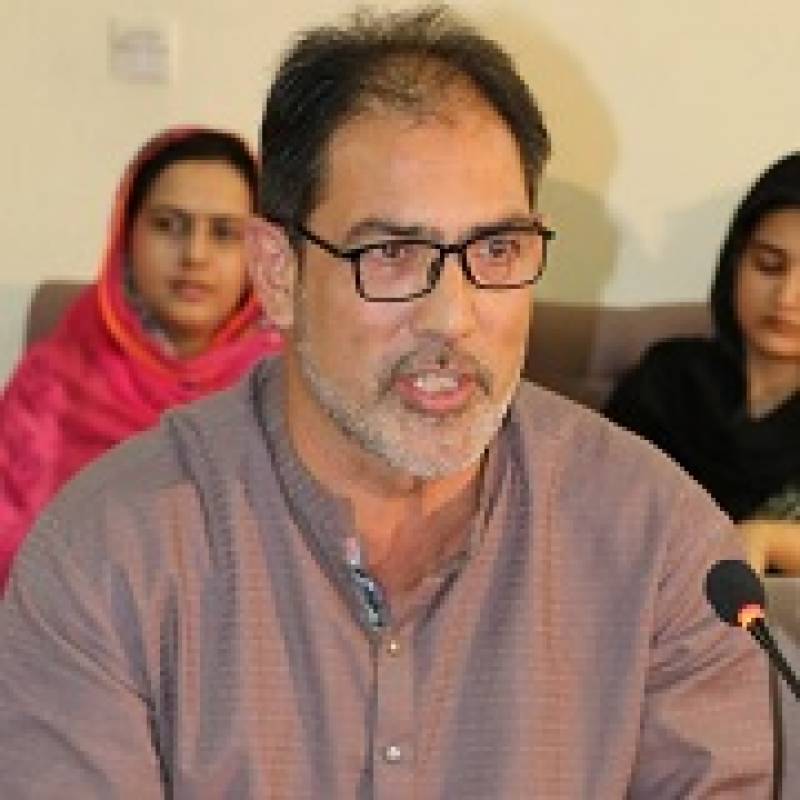 ISLAMABAD- Veteran Hurriyat activist Altaf Hussain Wani has said that the Indian Illegally Occupied Jammu and Kashmir (IIOJK) is becoming the new epicenter of COVID-19 with no information available on COVID-19 cases as the entire region has been under military siege since August 5, 2019.

The IIOJK had been under dual lockdown, the first one was in the shape of military siege which was imposed on the valley by India after repealing its special status on August 5 last and the second was enforced under the garb of the coronavirus pandemic on March 1, 2020, he said while talking to APP.

Wani said the poor healthcare system of the valley was tattered and outdated as only 18 ventilators were available for eight million people of the IIOJK. Moreover, the prolonged lockdown had left the masses out of food, life saving medicines, COVID treating drugs and critical medical equipment.

He added the doctors through a special legislative order were barred from holding any press conference and data sharing with the media on the COVID related situation of the IIOJK.

The revocation of articles 370 and 35 A of the Indian Constitution had ripped off the special status of the IIOJK and its people while after introduction of the new legislation by the Modi regime the Saffronization of occupied state had become more visible and appeared to be demographic apartheid, the Kashmiri human rights activist noted.

“After the revoking of 35 A, non-state residents are being allotted IIOJK's domiciles, which is one of the serious concerns as they will be allowed to buy lands in the occupied valley which is earlier prohibited. This will be an invasion on the local culture and traditions of IIOJK.”

Wani mentioned that the Indian government had set up a fast track system in IIOJK for issuing domiciles where anticipated 2.2 million outsiders would be issued the documents. Till date around 4.5 lac people had been given the domiciles.

Altaf Wani said the Indian leadership was mulling over setting up concentration camps in the IIOJK for further radicalistation of its people. The youth and children, including women, arrested after August 5 were kept in jails and detention camps without any medical assistance during the COVID-19 outbreak, he lamented.

He regretted that in fake encounters and night raids, women were severely tortured, harassed, maimed and killed as all sorts of nefarious designs were being implemented to force the Kashmiris to succumb to the Indian pressure, in which they had badly failed.

“As many as 214 youth have been martyred, including some women and children during their so-called search operations and 13,000 people, including children, are being arrested along with the Hurriyat leadership of grassroots level.”

Wani said there were massive human rights abuses and eco-terrorism acts committed by the Indian occupation forces as they had set ablaze the harvested crops and orchards purposely to harm the economic backbone of the Kashmiris. “This year there has been no harvest, tourism and business activity in the valley which has put the Kashmiris under a deplorable situation.”

He thanked the Human Rights Watch and the international media for highlighting the fascist and intolerant face of India that had become a threat to regional peace and security.