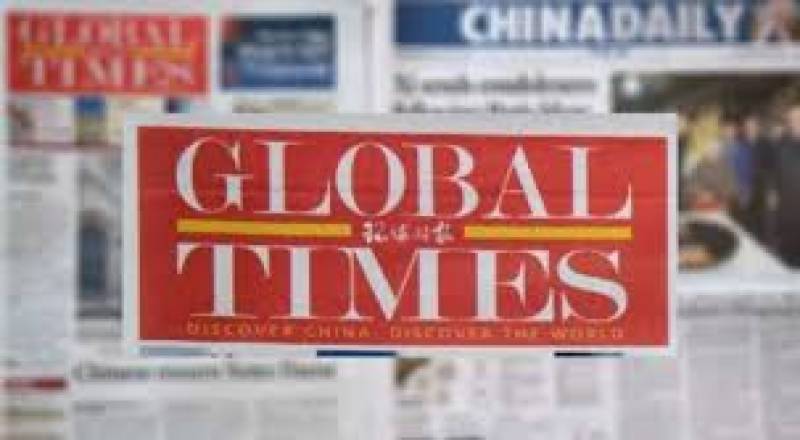 ISLAMABAD- BEIJING,India, considering itself as a "big brother," has always treated its South Asian neighbours with a hegemonic attitude. It has taken an expansionist and offensive stance on the territorial boundary disputes. It has also forcibly included all disputed border areas into its own national territory.

By doing so it has unilaterally expanded its territory by marking the map. This has led to the deterioration of India's relations with almost all its neighboring countries, according to an article published by Global Times here on Tuesday.

On July 27, the foreign ministers of China, Afghanistan, Pakistan and Nepal held a COVID-19 combat conference via video link. The webinar, proposed by China and positively responded by other three countries, was China's first with some South Asian neighbours focusing on COVID-19 fight.

During the video conference, the four countries consolidated a consensus of solidarity against COVID-19 with a decisive decision to battle the virus and gradually promote cross-border trade with "fast-track channels" for personnel and "green channels" for logistics. They also championed the World Health Organization for its leading role to battle the raging pandemic. China made a special commitment to extend aid in public health sectors of the other three countries, while promised to increase availability of the vaccines to them when the vaccines are readily available.

In addition to facilitating the construction of the China-Pakistan Economic Corridor (CPEC) and the Trans-Himalayan Multi-dimensional Connectivity Network, China also supports the extension of CPEC to Afghanistan in order to strengthen the deeper connections between the four countries and the Central Asian countries.

Despite the positive tone the conference means for the region, India media was having a sour grape. Some claimed China was duplicating India's South Asian Association for Regional Cooperation conference held on March 15.

They said China is striving for more diplomatic space in South Asia while some said China is playing geopolitics by helping regional countries fight the coronavirus. However, India didn't sit back in the face of this deadly pandemic, either.

Given India's border tensions with both Nepal and China, New Delhi was actually concerning that it was absent in Beijing's direct talk to Islamabad, Kabul and Kathmandu.

Moreover, India has taken the conference with preset geopolitical prejudice. China said that cooperation among the four countries should uphold the concepts that "neighbors wish each other well" and "having good neighbors is good fortune." But India interprets this as an "insinuation" that India is not a "good neighbour" for South Asian countries.

India also regards South Asia and the Indian Ocean as its own "sphere of influence." It views others entering it as outsider interference. New Delhi also thinks that economic cooperation between China and South Asian countries is an "erosion" of India's power.

This is a big step backward from the accords of the ninth BRICS summit held on September 5, 2017 in Xiamen, where Chinese President Xi Jinping met Modi.

At that meeting, Xi expressed the hope that India could view China's development in a correct and rational manner, and that both countries should insist on basic judgment to see each others' development as opportunities, but not threats.

As a populous country, India is becoming an epicenter of COVID-19. In this case, how can India realize interconnection with its neighboring countries? And how can it resume work as soon as possible?

French President Emmanuel Macron once said in his discussion with Australian Prime Minister Scott Morrison about responses to COVID-19 that "the urgency is for cohesion." These words are also applicable to India.