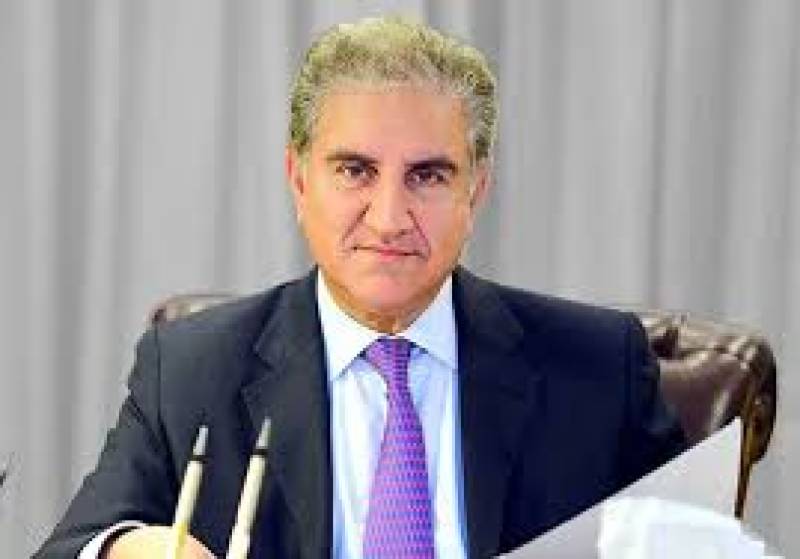 ISLAMABAD- Foreign Minister Shah Mahmood Qureshi, in the wake of one year of India’s illegal and unilateral measures of August 5, 2019 in the Indian Illegally Occupied Jammu and Kashmir (IIOJK), has once again written to the President of the UN Security Council sharing additional information on India’s continuing massive violations of human rights and its illegal moves in the IIOJK.

According to a press release of the Foreign Office spokesperson on Tuesday, the foreign minister also highlighted India’s attempt to change the IIOJK's demography, and its escalating ceasefire violations and rhetoric against Pakistan which together posed a threat to regional and international peace and security.

Qureshi highlighted how, through a combination of military siege in Kashmir, Internet and communication blackout, imprisoned Kashmiri political leaders, and abducted Kashmiri youth, India was seeking to camouflage ongoing systematic torture, extra-judicial killings, and imposition of collective punishment on the Kashmiris.

“These atrocities epitomize India’s brutality in suppressing Kashmiris’ resistance against Indian occupation for over seven decades,” it added.

Qureshi emphasized that India’s intensified ceasefire violations along the Line of Control and its belligerent posture towards Pakistan posed a threat to peace and security.

The foreign minister urged the Council to strengthen the UN Military Observers Group in India and Pakistan (UNMOGIP) to enable it to report fully and accurately on the gravity of the security environment in the occupied Jammu and Kashmir.

Reminding the Security Council of its primary responsibility for the maintenance of international peace and security, he called on the Council to meet to consider the consequences of India’s military siege in the occupied Jammu and Kashmir and the serious threat Indian aggressive posture pose to the peace and security in South Asia.

According to the press release, Pakistan has also circulated two papers as official documents of the Security Council: one, on the legal aspects of the Jammu and Kashmir dispute, and the second, on India’s violations of human rights in the IIOJK.

“The legal document apprises the Council members and the world community of the legitimacy of the Kashmiris’ demand for self-determination. Likewise, the document on India’s human rights violations will be a permanent and damning testimony to India’s long record of oppression and serious crimes against the Kashmiri people,” it added.