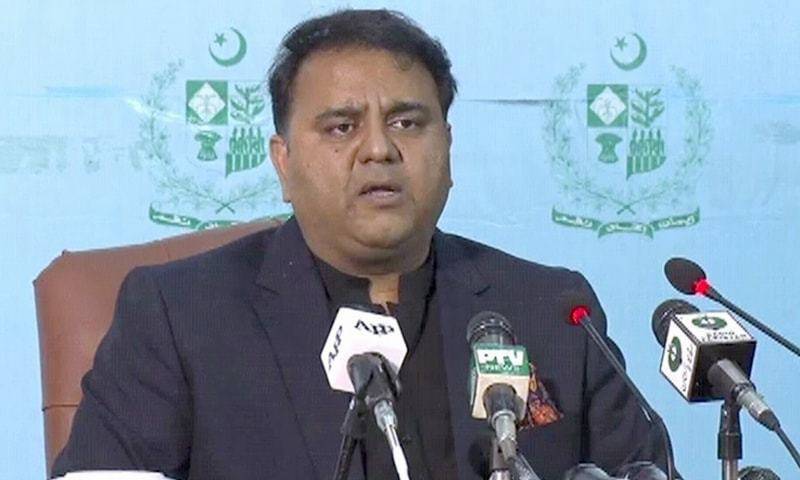 ISLAMABAD- Federal Minister for Science and Technology, Chaudhry Fawad Hussain Tuesday said his ministry believed steps should be taken for translating scientific and technological developments in our country into products and services.

The federal minister was addressing the inaugural session of the 1st COMSTECH Showcasing of Artificial Intelligence and IoT Products and Services at COMSTECH headquarters Islamabad.

Over 26 businesses, industries, strategic organizations, and centers of excellence are participating in this first of its kind mega event which would conclude on August 05 (Wednesday).

Chaudhry Fawad assured that the Ministry would continue to support research institutions.

He mentioned that COMSTECH, science and technology cooperation organization of OIC is the most important international organization Pakistan hosts.

He informed that his ministry greatly values the central role that COMSTECH is playing not only in the capacity building of OIC countries through bilateral and multilateral linkages and exchanges, but also its pivotal role in presenting the best of Pakistan’s scientific and technological capabilities for the promotion of export of high technology products.

"We are closely working with the COMSTECH for the success of a large number of initiatives and programs, which have been launched under the dynamic leadership of Prof. Dr. M. Iqbal Choudhary" he said.

He highlighted the MoST’s “ThinkFuture” and “Made in Pakistan” programmes.

To highlight the potential of Pakistan, he mentioned that on Feb 26 when the first COVID case emerged we were dependent on imported Personal Protective Equipment (PPEs) and now we are exporting PPEs to the world.

The minister urged the use of mobile payments, transactions to document the economy.

He mentioned that COMSTECH is a most prestigious organization with the mandate to bring socio-economic development through Science and Technology in 57 OIC member states.

He suggested measures to raise funding for COMSTECH projects.

He urged the need of STEM education and the use of 5G technology, programmes in AI, Drone development and the unity among the Muslim world.

He disclosed that we are 4th largest software exporters which we need to showcase.

He predicted that PayPal services in Pakistan will bring revolution in online work by facilitating transactions and finally urged to stop ban culture.

Coordinator General COMSTECH also addressed the event and briefed the President about 120 new programmes of COMSTECH to promote science and technology between the OIC member states.

He mentioned that the main focus of COMSTECH programmes is to develop skills and capacity of youth of the OIC region in modern technologies.

He also mentioned that COMSTECH is projecting Pakistan’s image as scientifically leading country through inter- and intra-Islamic initiatives.

In his welcome address,  M. Aamir, Project Director, CARE, said that the impact of AI alone on the global GDP is expected to be 15.7 trillion USD.

Countries around the globe are strategizing to take maximum benefit from these technologies. If Pakistan captures even a miniscule percentage like 1% of this market, it values 157 billion USD something like 25 trillion Pak Rupees.