Arooj Aftab becomes first ever Pakistani to ever clinch the Grammy Award
4 Apr, 2022 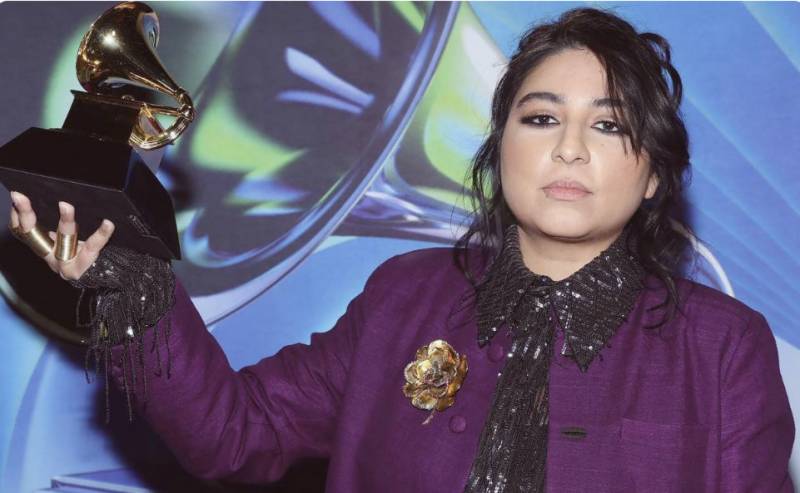 *Pakistani singer Arooj Aftab has just won the first Grammy Award for herself and for Pakistan. *

The Brooklyn-based Pakistani singer bagged the Grammy for her song “Muhabbat” in the Best Global Performance category.

Grammy nominations for 2022, which were announced on Nov. 23 last year had Arooj Aftab in the categories of Best Global Performance and Best New Artist. However, Olivia Rodrigo has won the Grammy for Best New Artist.

The multi-hyphenate Pakistani is a trained music producer, composer, and vocalist with three solo albums. She has gotten her training from the Berklee College of Music.

Earlier, former US President Barack Obama shared his annual summer playlist on Twitter, writing, “Here’s a playlist of songs I’ve been listening to lately—it’s a mix of old and new, household names and emerging artists, and a whole lot in between.”

Aftab’s *Mohabbat *was featured alongside global artists like Rihanna, Bruno Mars, The Rolling Stones, and Jay-Z among others with Obama saying, “With so many folks getting together with family and friends, there’s a lot to celebrate this summer.”