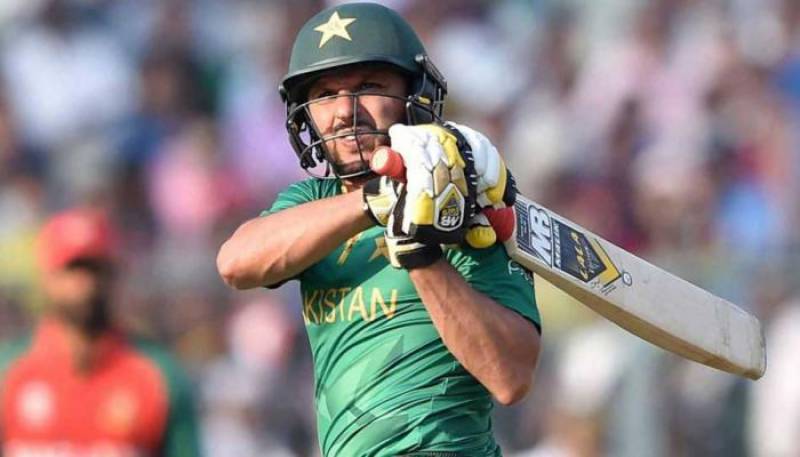 NEW DELHI: Soon after Shahid Afridi tweeted on 'Kashmir issue', pitching for 'self-determination', the former Pakistan captain has been facing a criticism from Indian cricketers. From Gautam Gambhir to Suresh Raina, Virat Kohli to Kapil Dev - all took strong stands against his remarks and slammed the Pakistani cricketer.

However, the former Indian batsman Virender Sehwag - who is usually vocal on such issues - has not yet tweeted on this.

Shahid Afridi on Tuesday took to Twitter and posted, "Appalling and worrisome situation ongoing in the Indian Occupied Kashmir. Innocents being shot down by oppressive regime to clamp voice of self -determination and independence. Wonder where are the UN and other international bodies and why aren't they making efforts to stop this bloodshed?"

The Pakistani cricketer tweeted for a second time saying, "We respect all. And this is an example of a sportsman. But when it comes to human rights we expect the same for our innocent Kashmiris."

Check out how the Indian cricketers reacted to Afridi's remarks:

"What is there to say on Afridi's tweet on our Kashmir and UN. Afridi is only looking for UN which in his retarded dictionary means under nineteen - his age bracket. Afridi is celebrating a dismissal of a no ball," the former Kolkata Knight Riders captain tweeted.

As an Indian you want to express what is best for your nation and my interests are always for the benefit of our nation. If anything opposes it, I would never support it for sure. But having said that, it's a very personal choice for someone to comment about certain issues. Unless I have total knowledge of the issues and the intricacies of it, I don't engage in it; but definitely, your priority stays with your nation.

Kashmir is an integral part of India and will remain so always. Kashmir is the pious land where my forefathers were born. I hope @SAfridiOfficial bhai asks Pakistan Army to stop terrorism and proxy war in our Kashmir. We want peace, not bloodshed and violence.

This is not the first time that Afridi has raised the 'issue of Kashmir'. During the World Twenty20 match against Australia in Mohali in March 2016, he had thanked 'fans from Kashmir' for supporting Pakistan.

"I want to thank people who came and supported us from Pakistan and Kashmir," he had said in the post-match presentation in Kolkata.

Afridi retired from international cricket in 2017 and played 27 Tests, 398 ODIs and 98 T20Is for Pakistan. He also led his country during the ICC World Cup 2011.