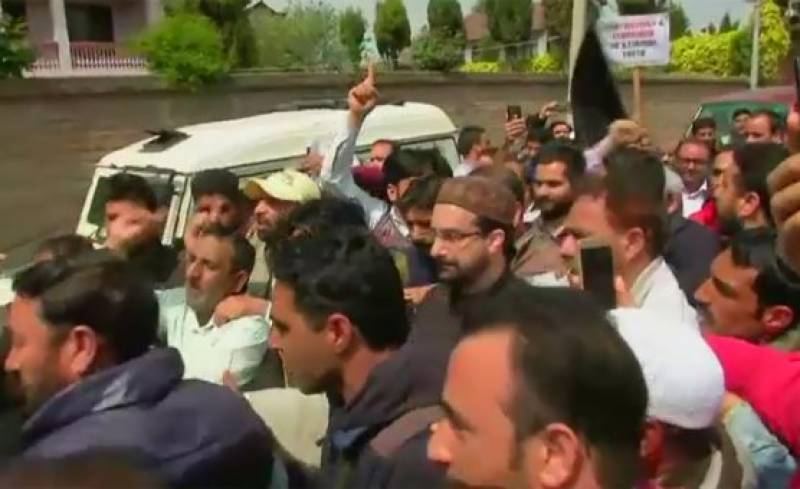 SRINAGAR – Kashmiris continued their protest against Indian atrocities in the Occupied Kashmir on Wednesday.

The protesters also marched towards Shopian to express solidarity with the martyrs.

The Indian occupied forces also used force against the protesters and as a result, 70 people were injured.

The Indian forces stopped Hurriyat leader Ali Geelani from participating in the march.

Mir Waiz Umar Farooq said that the Modi government is committing genocide of the young generation.