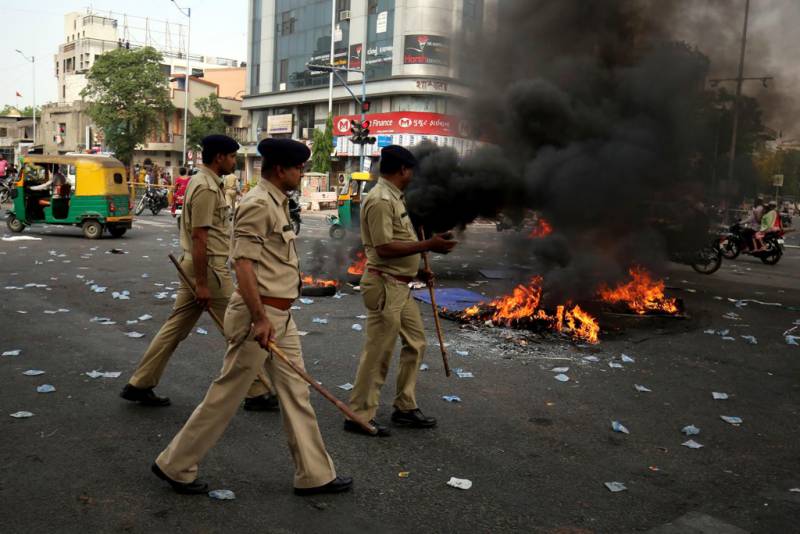 NEW DELHI:At least 12 people have been reported dead in violence during a nationwide protests led by India’s Dalits, according to media reports on Tuesday.

Dalits, at the bottom of India's ancient caste hierarchy, took to the streets on Monday after the Supreme Court ruled last month that arrests under a law meant to speed action on complaints of violence against Dalits required prior approval from officials, and barred the immediate arrest of those accused in such complaints.

Addressing the parliament on Tuesday, India’s Home Minister Rajnath Singh put the death toll from Monday’s violence at eight – six in the central state of Madhya Pradesh and one each in northern Uttar Pradesh and northwestern Rajasthan states. Some media reports later updated the number of those killed to 12, citing police sources.

"The death toll in Madhya Pradesh now stands at seven, with two protesters succumbing to their injuries. Two people already died in Uttar Pradesh and one in police firing in Rajasthan," a police official said on Tuesday.

Reports of two additional deaths emerged – one from the eastern state of Bihar where a baby died and the other of a 68-year-old man from Uttar Pradesh. In both the cases, two ambulances carrying the duo respectively got stuck in snarls triggered by the protesters.APP/AFP