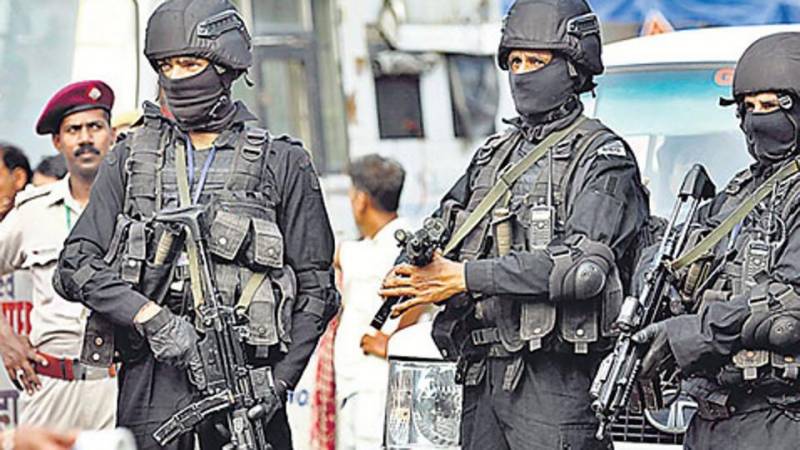 NEW DELHI - Indian elite National Security Guards (NSG) has approached the home ministry and top national security planners for permission to send its “house intervention teams (HIT)” in support of counter-terrorism operations conducted by the army and security forces in Jammu and Kashmir.

North Block officials confirmed this and said NSG is doing this in order to maintain its cutting edge as well as acquire much-needed on-field operational experience for its experts.

The NSG proposal comes in the wake of security forces losing troopers in high-risk house intervention operations, used to neutralise holed up terrorists or fidayeens (suicide attackers) in densely populated localities of the valley.

Normally, security forces try to tire out the terrorists by constantly firing at the adversary with high caliber weapons. The rate of firing is often such that the structure collapses or catches fire with the holed up terrorists being collateral damage.

While the Modi government is considering NSG’s proposal positively, the elite force has also offered to let its HIT teams serve under the command and control of the army in special counter terrorism operations in the Valley. A similar offer has been made by NSG to CRPF, a paramilitary force involved in counter-insurgency activities in the restive state.