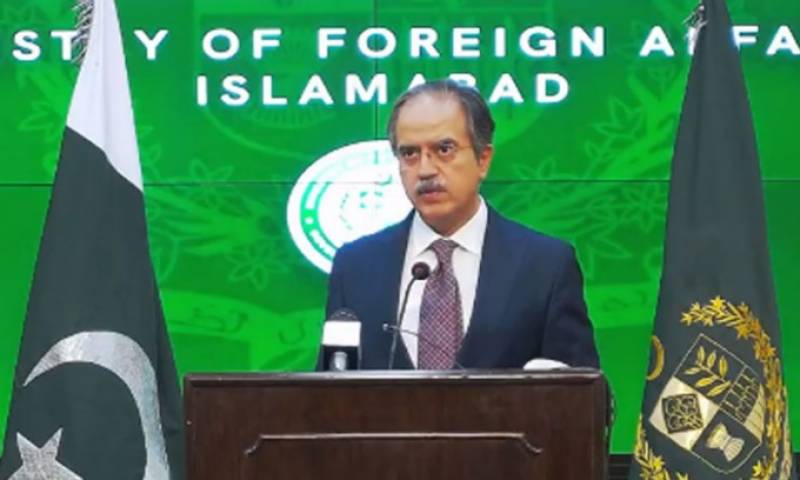 ISLAMABAD – Pakistan categorically rejected an Indian media report alleging that flood relief work is being carried out by a banned organization.

Foreign office Spokesperson Asim Iftikhar in a statement said that the content of the story only betrays India’s bias and prejudice towards Pakistan, and is part of India’s regular and continuing attempts to mislead the international audience.

It is not the first time that the Indian media have shown their proclivity to carry baseless and motivated stories to further a political agenda, he said.

“It is also unfortunate that while the international community is single-mindedly focused on helping Pakistan in the wake of an unprecedented natural calamity, some elements in the Indian media are attempting to cast doubts on the relief efforts,” the statement reads.

Pakistan has put in place strong and robust regulatory and oversight mechanisms to monitor flood relief activity by non-profit and non-governmental organizations.

All relevant agencies are vigilant in ensuring that no illicit activity is carried out under the garb of relief efforts.

Floods have devastated large swathes of land in the South Asian country Pakistan, with the southern Sindh province worst affected by water torrents. The flash floods and rain-related incidents have claimed nearly 1,200 lives since mid-June as this year saw abnormal monsoon rains.