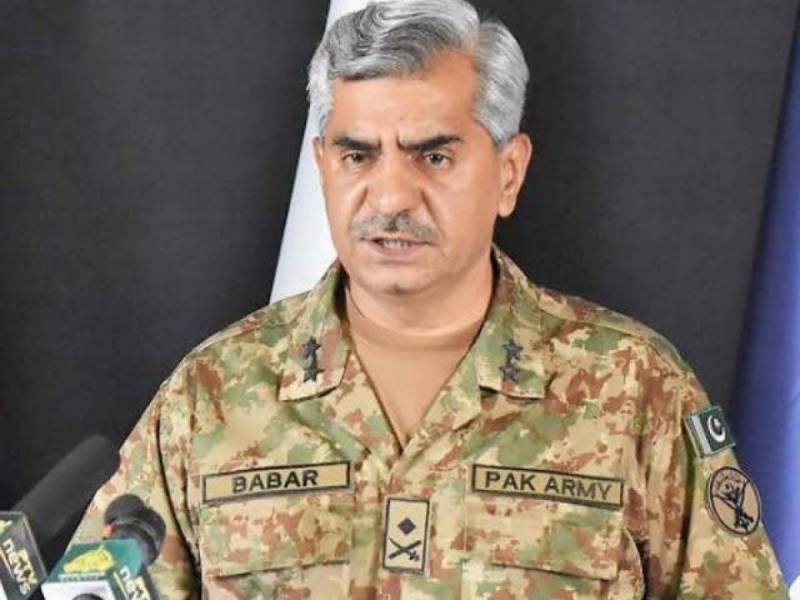 ISLAMABAD – Pakistan Army spokesperson Major General Babar Iftikhar assured the nation that the armed forces would stand by the people in this hour of need.

He addressed the situation as the National Flood Response Coordination Centre on Saturday held a briefing on the ongoing rescue and relief efforts and expressed resolve to fight the devastating floods together.

The top general directed that Army will not abandon people in this difficult time, no matter how much time and effort it takes, Major General Babar Iftikhar mentioned, adding 276 helicopters of Pakistan Army Aviation were working in different areas of the country.

Recalling the miserable incident of the Lasbela chopper crash, DG ISPR said soldiers risked their lives to partake in relief activities, mentioning the accident resulted in the death of six officers.

He maintained that soldiers were working on rescue operations for the last two months, treating it like a "sacred responsibility". DG ISPR said people trapped by floods in Kamrat and Kalam were also evacuated to safer areas by army helicopters.

Continuing further, he said armed forces distributed three-day worth of rations to flood affectees - weighing around 1,685 tons and had also distributed 25,000 Meal Ready to Eat (MRE) along with tents.

At least 284 flood relief collection points were established across Pakistan, wherein 2,294 tons of rations, more than 311 tons of basic necessities and more than 1,070,000 medicines were donated by the people of Pakistan.

He mentioned that C130s and helicopters rescued more than 1,521 people during 135 sorties, while revealing that 41 relief camps of the Pakistan Air Force were helping people. Commending the Navy's emergency response teams, he said Navy teams rescued 10,000 people and distributed more than 55,000 food packages.

DG ISPR mentioned that all generals have donated one month's salary for flood victims, and mentioned that Rs417 million had been collected by the army relief fund for victims with Rs 44 million collected in the past 24 hours.