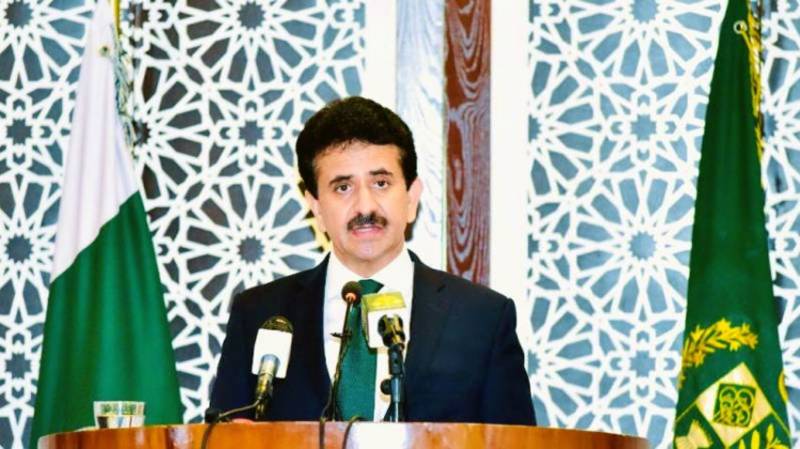 Pakistan has stressed the need for depoliticization and transparency in the UN Sanctions Regime for its effectiveness and credibility.

At his weekly news briefing in Islamabad on Thursday, Foreign Office Spokesperson Zahid Hafeez Chaudhri regretted the decision by some members of the UN Security Council's Sanctions Committee to block the designation of two Indian nationals Gobinda Patnaik and Angara Appaji to the sanctions list.

The spokesperson said these Indian nationals are wanted criminals in Pakistan for their involvement in many high profile terrorist attacks and currently residing in India under state protection.

He said Pakistan had provided sufficient evidence to the UN Security Council Sanctions Committee regarding establishment of training camps by the Indian terrorism syndicate to foment terror and instability in Pakistan.

The spokesperson said Pakistan will continue to expose Indian support for terrorist entities such as TTP and JUA.

Voicing concerns over continued military siege and communication blackout in Indian illegally occupied Jammu and Kashmir, the spokesperson said Pakistan condemns the Indian government decision to forcibly impose Hindi language on Kashmiri people in the occupied territory through the Jammu and Kashmir Languages Bill approved recently by the Indian cabinet.

He said condemnable decision is part of BJP regime's designs to deprive the Kashmiri people of their distinct culture and identity.

He said the international community must take cognizance of the series of illegal decisions and act to protect human rights of the Kashmiri people.

Responding to a question, the spokesperson said Pakistan is committed to fully implement the international court of justice judgment in Kulbushan Jadhav case and provide consular access to Indian spy.

Regarding recent Islamophobia incidents, the spokesperson strongly condemned the desecration of holy Quran in Sweden and Norway as well as decision by a French magazine to reprint deeply offensive caricatures of holy Prophet (Peace Be Upon Him).