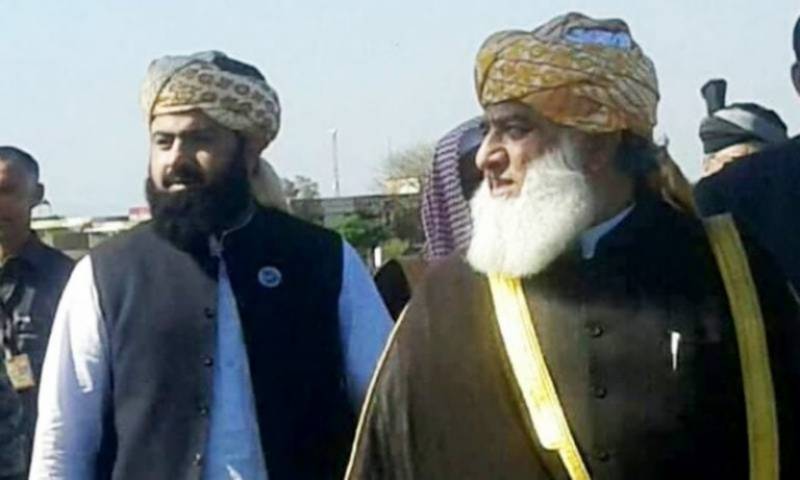 DERA ISMAIL KHAN - It has been revealed that JUI F Chief Moulana Fazal ur Rehman son MNA Asad Mehmood is under severe threats from the terrorists.

According to the notification, Fazlur Rehman’s son is under suspected threats from Tehreek-e-Taliban Pakistan’s (TTP) Noor Wali group.

To avoid any unpleasant incident, Mehmood was urged to limit political gatherings and to keep his visits private. Moreover, he was asked to move with strict security.

A copy of the notification has also been sent to the PPO KPK, Additional IG KPK, and RPO commissioners DI Khan.

Previously, Maulana Asad survived an attack during the election campaign.